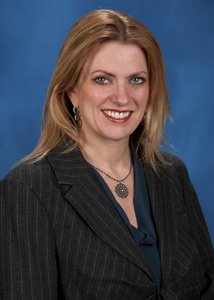 It’s the oldest and largest law firm in Los Angeles, the firm that helped bring both hydroelectric power and the Dodgers to the city, and boasts alumni including former Mayor Richard Riordan and the late Secretary of State Warren Christopher.

But this year has been a tumultuous one for the storied firm. More than 30 partners have left since January, including several key rainmakers and practice group leaders across the country. The defections come amid falling revenue, flat profits and talk of internal divisions – all while local rivals post better numbers.

“It’s only been in the last few years that O’Melveny lost many partners at all,” said Sandy Lechtick, president of Esquire Inc., a legal search firm. “When you see issues of internal tension, leadership and profitability, partners are going to vote with their feet.”

Former partners and industry consultants who work with O’Melveny, many of whom would not speak for attribution, said the firm has stumbled in transitioning from its roots as an L.A.-centric, litigation-heavy firm to a more international, transactional firm centered on New York.

“The way the world sees the firm is not the same way as O’Melveny thinks of itself, or the way it once was,” said one industry consultant who has worked closely with O’Melveny. “Other firms have passed it by.”

Departures aren’t the only change the firm is dealing with. This summer, the firm moved up its election for a new chairman by several months in a move widely seen as an attempt to calm the waters. A compromise candidate from New York who is a litigation specialist was selected.

O’Melveny’s leaders maintain the firm is in excellent shape, and well positioned for the future. They say the only unusual partner departures were 13 transactional attorneys in New York, some of them O’Sullivan alumni. They also note some left for in-house positions at large companies, which can be a benefit by bringing the firm business.

“We are not a firm in trouble,” said Carla Christofferson, managing partner of the downtown L.A. office. “Partners move on for various reasons.”

Sources said the partner departures at O’Melveny stem from internal friction and flat financial performance in recent years, much of it tied to problems chasing transactional work on the East Coast. That effort began in 2001, when Washington, D.C., partner Arthur B. Culvahouse Jr. became the firm’s first chairman based outside of Los Angeles.

He led an expansion of the firm, opening offices in Asia and significantly growing its Silicon Valley presence. But it was the 2002 acquisition of O’Sullivan, with a client list that included Apollo Management LP and JP Morgan Partners LLC, that was his boldest stroke. The firm picked up 88 attorneys, nearly doubling the size of its New York office, in a move that was supposed to give O’Melveny a high-end transactional practice to equal its litigation department.

But the match was a poor one. The aggressive, in-your-face style of the O’Sullivan crew rubbed some of the firm’s veteran attorneys the wrong way. And their high compensation – reportedly, the highest-paid O’Sullivan partners were guaranteed $3 million a year for the first three years, well above the average profits per partner of around $1 million at the time – stirred jealousy, especially after some of the deals were extended.

O’Melveny attorneys who had been with the firm for decades also resented the firm’s power shift away from Los Angeles. The two sides sometimes didn’t refer work to each other, sources said, and there was internal tension over rates – with East Coast players pushing to set rates much higher than some less profitable practice groups wanted.

“There have been issues between Los Angeles and the East Coast involving a large number of O’Sullivan partners,” said one former partner. “Their compensation was set at high levels based on supposed business capabilities, but people questioned whether they justified their compensation.”

Former O’Sullivan partners began leaving O’Melveny in significant numbers around 2006, weakening its transactional practice, culminating in the 13 departures this year. They included co-chair of the firm’s mergers and acquisitions practice, and head of its tax practice.

Culvahouse, whose term as chairman will end in early 2013, was not made available for comment. But Christofferson said the firm had learned from the experience and is integrated now.

“As time went on there did become some cultural differences, and I think we were just better off apart,” she said. “But just because at the end of the day we decided it wasn’t a good fit, doesn’t mean it wasn’t successful at the time, certainly from a financial point of view – it brought a transactional side to the firm.”

That’s one line of thinking, but Richard Riordan, who was an attorney at O’Melveny beginning in the 1950s and who was mayor from 1993-2001, said he empathized with the firm’s reluctance to chase profits.

“Law has in effect become a big business where lawyers might as well be on Wall Street or in Las Vegas,” Riordan said. “O’Melveny tried to keep the law as a profession instead of a business longer than others, which resulted in partners not making as much as other firms. They are having a tough time being themselves with the way things are now.”

Last year, profits per partner rose 5 percent to $1.5 million. Still, much of it was due to a 7 percent reduction in the number of partners. Indeed, revenue has declined in each of the last three years, dipping last year under $800 million for the first time since 2004.

Last month, the firm also announced layoffs of 75 support staff to boost efficiency, though firm leaders denied that it’s due to any financial trouble. That doesn’t compare favorably with L.A. rivals Gibson Dunn and Latham & Watkins, which weren’t immune to the downturn by any means themselves. (Latham notably laid off 190 associates in 2009.)

And because O’Melveny’s profits aren’t as high, some of its best partners have been stolen away. For instance, New York’s Paul Weiss Rifkind Wharton & Garrison LLP reported profits per partner of $3 million last year, and was among the firms to poach New York partners from O’Melveny this year.

Christofferson disputes any notions that the firm has lost a step, pointing out O’Melveny remains a top-flight litigation firm.

The firm continues to represent high-profile clients such as Bank of America Corp. and Exxon Mobil Corp., and is handling five cases on the Supreme Court docket this fall. Last year, it successfully defended Lennar Corp. at trial against a real estate entrepreneur seeking $500 million in damages.

“I don’t feel we’re in any way falling behind Latham or Gibson,” she said. “If you put our successes up against theirs year after year, we fare pretty well … our profits are still quite healthy, I think everyone recognizes that.”

When the firm reports its financial numbers for this year, higher revenues per lawyer, profits per partner and average hours per attorney are expected, she said. Christofferson was less certain as to whether gross revenues would continue to decline.

Industry insiders trace some of O’Melveny problems – aside from its struggles in New York – to being slower than rivals in pursuing fast-growing practice areas while lowering the head count on less profitable ones.

“O’Melveny has been caught a little bit flat-footed,” said search firm Esquire’s Lechtick. “When historically you’re king of the hill and you’re getting a lot of business because of your reputation, one does not have to hustle as much.”

For example, Latham started winnowing down its less profitable estate planning practice years before O’Melveny did. In addition, Latham last year made an aggressive move into the nation’s oil patch, opening an office in Houston that poached several top energy attorneys, analysts said.

In July, the firm elected New York litigator Bradley Butwin to succeed Culvahouse as chairman. Butwin was not made available for an interview, but is generally considered a well-liked and capable attorney.

And now that many of the O’Sullivan partners have left, there’s a sense within the firm that there will be fewer internal conflicts. O’Melveny appointed new chairs for its transaction and litigation departments in recent month, as well as a new vice chair, L.A.-based patent litigator Mark Samuels.

Outsiders are mixed on whether the firm has turned the corner.

Peter Zeughauser, who runs Newport Beach legal strategy consulting firm Zeughauser Group, believes the worst of the pain is over.

“I think they’ve turned a corner. This leadership transition has gone very smoothly and is going well,” he said.

“It’s too early to tell,” Lechtick said. “Generally the ripple effect when the rock hits the pond takes longer than a couple weeks. It could be a few years.”