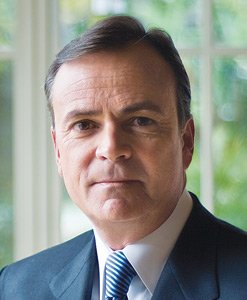 Editor's Note: This story appears in the Business Journal's May 23 print edition.

Rick Caruso, the real estate developer and possible L.A. mayoral candidate, is abandoning what would have been the largest project of his career: a 51-acre outdoor shopping center next to the Santa Anita Park race track.

The billionaire developer of the Grove and Americana at Brand is walking away from the project in Arcadia after struggling to move forward with it for much of the last decade – only to become mired recently in litigation with his former partner, track owner and Canadian auto parts magnate Frank Stronach.

Stronach’s Magna Entertainment Inc. is in bankruptcy, and the two sides have been fighting over $21 million that Caruso claims he is owed for his expenditures.

“Unfortunately, the Santa Anita project will not go forward,” said Jennifer Gordon, a spokeswoman for the developer’s Caruso Affiliated Holdings.

The Shops at Santa Anita, planned for the race track’s vast parking lot, would have had 75 percent more retail space than Americana, Caruso’s largest retail center. But it would have been similar to his malls in other ways, featuring luxury retailers, movie theaters, restaurants and one of his signature fountains.

First announced by Caruso in 2004 after the successful opening of the Grove in L.A.’s Fairfax District, the project has been troubled from early on, facing opposition from residents as well as the owner of the nearby Westfield Santa Anita mall. But Caruso maintained his commitment to it, telling news outlets as recently as January that he hoped to break ground soon. However, the project was already on the rocks, given a $21 million bankruptcy claim he had filed against Magna that had gone unreported.

Arcadia officials, who were counting on the development generating a projected $2.5 million in annual sales and property taxes, were stunned by the news.

“We’ve been working with them close to seven years on the project. To go through everything we’ve gone through and no longer see it move ahead is a major disappointment,” said Arcadia City Manager Don Penman, who was informed of Caruso’s decision by the Business Journal.

Scott Trafford, Jones Lang LaSalle’s senior vice president of retail in Los Angeles, said he was surprised that the developer abandoned the center. Caruso has successfully fought obstacles and opposition to his projects before, notably a high-profile battle against Glendale Galleria owners General Growth Properties Inc. over his Americana at Brand development.

“Something else must have come up that raised red flags. He doesn’t walk away from a lot,” Trafford said.

Magna did not respond to calls and e-mails for comment.

The Santa Anita project had its roots in the decline of horse racing. Even though the track remains one of the top in the country and recently hosted the international Breeder’s Cup, attendance has been declining for decades, leaving its nearly 150-acre parking lot mostly empty. Arcadia rezoned the lot for commercial development in the mid-1990s.

Originally, Caruso’s project would have been paired up with a plan to turn the track into a “racino,” featuring not just horse racing but slot machines. However, a measure to allow slot machines at California race tracks was defeated in 2004 after opposition from American Indian casino operators.

However, the financial troubles of Caruso’s partner are what proved the project’s undoing.

Caruso and Magna entered a partnership in 2006 through a limited liability corporation named Santa Anita LLC, with each party holding a 50 percent stake. At the same time, Magna owner Stronach, a horse-racing enthusiast, spent hundreds of millions of his auto parts fortune financing the operations of his 13 U.S. race tracks. Most notably, he completed a $200 million reconstruction of Gulfstream Park in Hallandale, Fla., in 2006.

The investment turned out to be ill-timed, and Magna filed for Chapter 11 bankruptcy in March 2009 with estimated liabilities of nearly $1 billion. To pay back its creditors, Magna sold several race tracks, but Stronach purchased Santa Anita back through another company, MI Developments Inc., a publicly traded commercial real estate operator.

As part of the restructuring process, Magna ended its agreement with Caruso and dissolved Santa Anita LLC, despite objections filed by Caruso’s attorney in bankruptcy court. Then in April of last year, when the bankruptcy appeared to be resolved, Caruso received court permission to file a large bankruptcy claim.

The claim covers damages Caruso said he incurred and will incur as a result of his inability to complete the project, according to court documents. He also argues that the joint venture’s agreement was not legally terminated, pointing to a letter from Magna confirming the lease agreement after the bankruptcy was filed. The joint venture spent at least $25 million on the project, according to a court filing.

Magna and its creditors’ committee have rejected Caruso’s arguments. They further state in court papers that Caruso failed to meet certain entitlement, construction and preleasing conditions due to the lengthy litigation with Westfield.

An attorney familiar with the case, who wished to remain anonymous because he was not authorized to speak, said that Caruso and Stronach are trying to negotiate a legal settlement.

MI Developments did not respond to calls and e-mails for comment.

Caruso’s decision to kill the project has some wondering whether his potential mayoral candidacy has something to do with it. Earlier this month, he gave a blistering speech that many say was the prelude to a run for office. He took shots at city government, called the unemployment rate embarrassing, and argued that regulations and taxes have run businesses out of Los Angeles.

Still, Caruso is not walking away from all of his developments. Just two months ago, he struck a deal to move the Nordstrom department store at the Glendale Galleria to Americana at Brand, after a long battle to expand the mall by buying out the owner of an adjacent hotel. He also started construction in March on a $60 million luxury apartment building on Burton Way near the L.A.-Beverly Hills border.

“He also decided not to bid on the airport expansion project, so it seems he’s looking to consolidate his efforts. Whether it’s because those projects don’t make sense, or if he’s looking at something larger, it’s hard to tell,” said Lisa Gritzner, president of L.A. political consultancy Cerrell Associates.

As for what lies ahead for the race track, it’s not clear.

Over the last five years, annual track attendance dropped by 100,000 people to about 665,000. Penman said that Caruso may have been the city’s best chance at attracting high-end retailers there. The city is entertaining no other plans, and officials said it would not consider a big box-retailer such as Home Depot.

“Fortunately, we didn’t budget for it. At this point, we’ll just have to move on,” said Penman, who doubted Caruso is feigning a pullout as a negotiating ploy with Stronach.