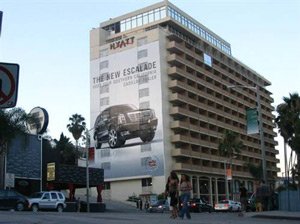 In less than a year at his nearly identical business, he took home total compensation of more than $57.7 million, according to regulatory filings.

He was not the only one to do well. Chief executives at Los Angeles County’s 50 largest companies – hit hard for two consecutive years as the economy slowly pulled out of the recession – began getting it back in 2010. Cumulative pay for the group jumped 41 percent to $445 million, according to the Business Journal’s survey.

It’s a trend seen nationwide, according to Paul Hodgson, senior research associate at New York-based Governance Metrics International, which last week released its own preliminary analysis of executive compensation at roughly 750 companies that had filed proxies by the end of April.

Both the national and Business Journal studies indicate that companies are continuing to implement and refine performance-based pay policies but also are turning back to some tried-and-true incentives popular before the recession.

“There’s been a return (this year) to cash bonuses as well as stock awards, which with the markets’ recovery are worth something now,” Hodgson said.

That Udvar-Hazy, who ranked No. 18 on the Business Journal’s list of Wealthiest Angelenos in May with an estimated net worth of $2.4 billion, is being handsomely compensated isn’t surprising to some Wall Street analysts. Air Lease raised $803 million through its April initial public offering.

Udvar-Hazy’s pay package – with a relatively modest $1.6 million base salary plumped by bonuses, stock and options awards – far outpaced other local executives on the list.

“There’s a value premium on the stock from just having Steven at the company,” said equity analyst Arren Cyganovich of Evercore Partners, who expects Air Lease shares to gain 30 percent over the next 12 months. “He brought along enough people from ILFC to provide a pretty deep bench at Air Lease, but his savvy, experience and relationships he’s built in the industry over the years count for a lot.”

In the 1970s, Udvar-Hazy helped create the aircraft leasing business with ILFC, which buys large numbers of planes at a discount and then rents them to airlines. The company was sold to insurance giant AIG for $1.3 billion in 1990. Udvar-Hazy stayed on as CEO, but left last year after a protracted battle over federal compensation restrictions ILFC had to endure after the government bailed out AIG during the financial crisis.

Udvar-Hazy, Irani and the others did not comment to the Business Journal about their compensation.

Though Rosenblatt’s total compensation is half that of Udvar-Hazy’s, the 41-year-old Woodland Hills native came in at No. 4 on the Business Journal’s list. The entrepreneur has built, operated, and sold roughly $1.3 billion in Internet media companies over the years.

His latest venture operates a variety of special interest informational websites, with content provided by freelancers. He’s also struck deals with celebrities such as cook Rachael Ray and supermodel Tyra Banks to develop their own specialty channels on its flagship eHow site.

No. 2 on the Journal’s list is Michael White, who in late 2009 left PepsiCo to take over as chief executive of El Segundo’s satellite TV giant DirecTV. He took home $32.9 million.

Following White is Disney’s Robert Iger, who took over from Michael Eisner in 2005. He took home total compensation of $29.6 million to rank No. 3. Like Udvar-Hazy and White, the bulk of his 2010 pay package came from bonuses, stock and options awards.

About 90 percent of Iger's annual compensation is linked to the company's performance. Iger was rewarded for "excellent management of the company in a difficult economic environment," according to a regulatory filing.

Though dropping from his No. 2 slot last year, Iger’s pay package is notable for including the highest base salary – $2 million – on the Business Journal’s list. While that’s actually 28 percent less than 2009, the pay cut was more than made up by the nearly $13.5 million performance-based cash bonus he received from Disney, the county’s second largest public company by market cap.

In fact, the Governance Metrics study makes special note of the compensation received by Iger, ranking him No. 1 on a list of highest paid executives based on a formula slightly different than the Business Journal uses. It includes the realized value of stock options and executives’ retirement packages.

“Last year was a post-recession recovery year for pay packages, and you really see that with Robert Iger,” Hodgson said.

Rounding out the top five on the Business Journal’s list is another newcomer who likely won’t return next year because he is moving his company’s corporate headquarters out of state this summer.

Northrop is moving to suburban Washington to be closer to its federal government clients, a decision made by Bush after taking over from longtime CEO Ron Sugar in January 2010.

Irani had been king of the list for five years running. His pay reached its height in 2007 when he received $77 million, primarily from the value of stock and options awards. His total compensation has since gradually declined, reaching $31 million during the 2009 recession that slammed the energy industry. But his accumulation of cash and the value of Oxy stock holdings led the Business Journal this year to add the 76-year-old Irani to its annual list of Wealthiest Angelenos with an estimated net worth of $1.05 billion.

The Business Journal calculated he received $17.6 million in total compensation last year, including a modest 2 percent rise in base salary to $1.2 million, a performance-based stock award valued at $11 million and a $3.7 million cash bonus.

(It excludes a $29.5 million cash payout that Irani received as part of a 2007 “return-on-equity” incentive since abandoned by the company. The Business Journal’s method for calculating his 2010 compensation is consistent with that of the Wall Street Journal but differs from the Los Angeles Times, which included the payout and named Irani the state’s highest paid corporate executive last year.)

Irani’s compensation has made him a favorite whipping boy for critics of excess executive pay, and Oxy shareholders dealt significant rebuke to management last year when they voted against the company’s executive compensation packages during a “say on pay” advisory vote. That vote even came before Congress made provision for such votes as part of last year’s Dodd–Frank Wall Street Reform and Consumer Protection Act.

Following the vote and discussions with the company’s board, Irani agreed to retire as chief executive last month but will continue as executive chairman until the end of 2014.

Hodgson said that the board has worked hard to counter the negative publicity of Irani’s past huge paydays, stressing the performance-based metrics in its current compensation formula. His successor as CEO, former chief operating officer Stephen Chazen, is unlikely to achieve pay even close to the heights of his former boss.

“Occidental clearly knew that they had to be careful on pay this year because they lost their ‘say-on-pay’ vote last year,” he said. “It’s an end of an era.”