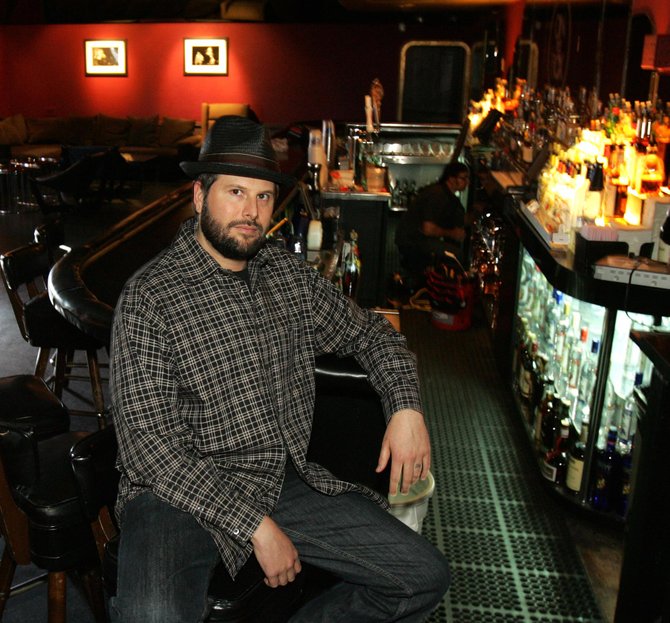 Nic Adler remembers life on the Sunset Strip when he was a kid.

His father owned the landmark Roxy Theatre, and he used to hang out in the kitchen with the cooks and practice skateboard tricks off the stage. Later in the night, his dad would party with the likes of Jack Nicholson, Warren Beatty and John Belushi in a private upstairs room called On the Rox. Don’t ask what went on.

Indeed, the Roxy is famous not only for its past decadence – “Hollywood Madam” Heidi Fleiss used to stage parties there – but also for the acts it booked since its debut in the ’70s.

But now, Adler’s in charge, and he faces a dilemma of paying homage to his father’s business that’s rich with Sunset Strip history while striving to make the Roxy attractive to today’s clubgoers.

“It is a tremendous amount of pressure,” Adler, 37, said. “That’s what fuels me to come up with what’s next or think of how we keep things going.”

Adler isn’t the only one feeling that pressure. The legendary West Hollywood boulevard, once the world capital of glam and glitz, parties and music, is dotted with family businesses. In recent years, the control of many of those businesses has passed to second and even third generations, including Rainbow Bar and Grill, Whiskey A Go Go and Talesai.

Several, like Adler, say they want to keep the spirit of their parents’ places while striving to appeal to a younger generation that has migrated to hip spots in Hollywood, the Silver Lake-Echo Park area or downtown Los Angeles.

So Adler and his fellow 20- and 30-something business owners have begun updating their venues as well as promoting their nightclubs and restaurants to hipsters through blogs and social media sites such as Facebook and Twitter. They also have led efforts to establish events such as the Sunset Strip Musical Festival, which drew 25,000 people during a three-day period last year.

“We had let the history speak for us, and (the crowd) was getting older and older by the day,” Adler said. “Instead of saying, ‘We had this hot new band last night,’ we were more focused on saying, ‘Did you know that so-and-so used to play here in the ’70s?’ There started to be a disconnect for certain clubgoers.”

The new generation of Sunset Strip business owners are in a somewhat tricky position of capitalizing on the past while trying to spin their businesses forward, said Ernesto Poza, a family business consultant and professor at the Thunderbird School of Global Management in Glendale, Ariz.

“You can’t throw the baby out with the bathwater,” Poza said. “Have respectful conversation with what needs to change, but also have discussions about what’s led to the success.”

“My goal every day is to do something a little different or to make it more modern,” said Mikeal Maglieri Jr. “You have to keep up with the times.”

Maglieri, 31, is talking about the Whiskey A Go Go, a family business he’s helped run for six years. His grandfather and partners launched the Whiskey and then the Rainbow in 1964 and 1972, respectively. Maglieri’s 60-year-old father, Mikeal Maglieri Sr., is still involved in the businesses.

The younger Maglieri focuses mainly on the Whiskey, where rock icons such as the Doors staged historic shows and others such as Led Zeppelin came to party. But he recognized that the live-music venue couldn’t just live off its past; it needed a facelift. He spent last year renovating the building, including updating the lighting and sound systems.

In another blend of new with old, Maglieri is looking to market the Whiskey through social media – he goes to Adler for advice on that front – and by producing albums of the Whiskey’s live performances, licensing the name for merchandise and possibly even opening Whiskey A Go Go-branded venues in other cities.

A similar updating is occurring just down the street, where 28-year-old Kris Yenbamroong runs Talesai. His father started the restaurant in 1982 after moving from London. The elder Yenbamroong was a banker who realized that the area lacked an upscale Thai restaurant where he could entertain clients. Kris Yenbamroong’s grandmother served as the eatery’s head chef for more than 20 years.

As a boy, he used to go to Talesai after school, spending most of his time in the kitchen learning to cook his grandmother’s traditional Thai recipes. He remembers the Hollywood crowd, including Beatty, Bob Dylan and David Geffen, who frequented the restaurant.

“When Harrison Ford came in, he took a photo with my mom and me, and he autographed it,” he said. “Indiana Jones was a big deal for me. But I remember not liking the note he wrote to me and so I took a Sharpie and modified it.”

He became the owner and head chef at Talesai in 2008. The Hollywood crowd still stops by for a bite, but Yenbamroong is more focused on attracting back young foodies who have since headed off to the San Fernando Valley, Monterey Park and ethnic enclaves in other places in search of authentic Asian food.

So he took over the space next door and turned it into a second dining room called Night Market. The venture, which opened last month, showcases Yenbamroog’s style of Thai street food such as fried chicken wings served with a traditional chili dipping sauce.

He said his family was a bit nervous about him opening Night Market, which has more of a hipster vibe with its communal wood tables compared to Talesai’s white tablecloths and plush banquettes.

“They like it a lot,” Yenbamroong said. “But then it’s also really new for them. I think everything I do worries them to some degree.”

Of course, Yenbamroong’s story is similar to Adler’s.

During his teens, Adler hung out with the Roxy’s sound engineers and he helped check IDs with security guards. But he decided to strike out on his own, and he started managing bands and opening restaurants.

About eight years ago, Adler started taking over the Roxy’s daily operations, because he realized the business needed a successor. He became co-owner with his father about four years ago. His dad, Lou, is still involved. He sometimes even sells tickets at the door.

Nic Adler started changing the way the Roxy did business, hiring a new booker to get bigger bands and DJs, turning the private On the Rox space into a venue for unknown acts and negotiating deals to stream live performances online.

But not all the second-generation business owners grew up on the Strip. The sons of a couple of other local well-known businessmen have opened their own places there.

There’s a chance that Starkman, whose family has been friends with the Adlers for 20 years, could open a second business on the Strip.

Even more hot spots may be on the way.

“Harry Morton is going to do Pink Taco at the old Miyagi’s space,” Starkman said. (Harry Morton, who owns the Viper Room, is the son of Hard Rock Café founder Peter Morton.) “So I think the Strip is only going to get better and better. It has the best of everything.”

That said, everyone acknowledges that times have changed and the new generation of owners has to continue adapting to the times and find ways to bring back clubgoers.

“There’s this mystique and notorious feel about the Sunset Strip,” Adler said. “But also there needed to be a little bit of humbling. We are great and we have amazing history. But that doesn’t mean you can stop working hard.”