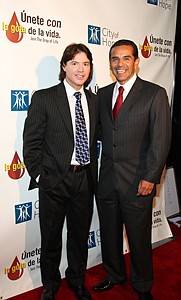 Providence Health & Services is partnering with Pathology Associates Medical Laboratories to create a clinical laboratory intended to compete in the region with national companies.

“Mom-and-pop laboratories run by hospitals and physician groups have been bought up over the years,” said Millare, who believes the venture will be able to offer better prices and service than the larger labs.

Providence Health, based in Renton, Wash., already had a majority stake in Spokane-based Pathology Associates. The two entities collaborated on two laboratory companies in the Pacific Northwest and Rocky Mountain regions.

In addition to Providence hospitals and outpatient facilities, patients will be able to visit one of the hospital system’s off-site patient service centers to have blood and other specimens taken. Courier services also will pick up specimens from doctors’ offices.

“We have structured an outreach program here that will better serve our community,” said Millare.

In Los Angeles County, Providence has a total of three hospitals in the San Fernando Valley and two in the South Bay.

ATX-101 is a unique experimental drug now in midstage clinical trials that reduces fat under the chin. Kythera, a spinoff of the Los Angeles Biomedical Research Institute (LA BioMed) in Torrance, develops prescription products for the aesthetic market.

Under the agreement, Kythera will receive an upfront payment of $43 million for sales rights outside the U.S. and Canada, and be eligible for up to $330 million more if the drug reaches certain sales milestones. Kythera also will receive double-digit percentage royalties based on Intendis’ net sales of the drug.

We Are the Registry

To celebrate the 10th anniversary of its effort to encourage Latinos to register with the National Marrow Donor Registry, City of Hope has turned to a star-studded recording.

A pop-infused song and video called “Gota de la Vida” (“Drop of Life”) premiered at a gala event at L.A. Live’s Nokia Theatre this month. The video is expected be shown on Spanish-language media, with a CD and digital recording available for sale. Proceeds will benefit outreach to Latinos, of which only a small percentage participate in the bone marrow donor registry.

About 46 Spanish-speaking artists, including Placido Domingo, Gloria Estefan and Luis Enrique, participated in the recording. The song and video, directed by Grammy winner Simon Brand, will be distributed by Universal Latino.

Other celebrities, such as champion boxer Robert “The Ghost” Guerrero, whose wife, Casey, received a bone marrow transplant in January, participated in the project.

Researchers estimate that more than 137,000 new cases of blood-related cancers, such as leukemia, will be diagnosed in the United States this year. Usually less than 40 percent of patients who need transplantation can find a match within their family. Unrelated donors must have the same blood type and compatibility increases within the same ethnic group.

“This is a ‘We Are the World’ for bone marrow,” said Fran Rizzi, senior director of marketing for the Duarte cancer hospital, referring to the historic 1985 recording featuring a group of music stars that raised money for African famine relief.