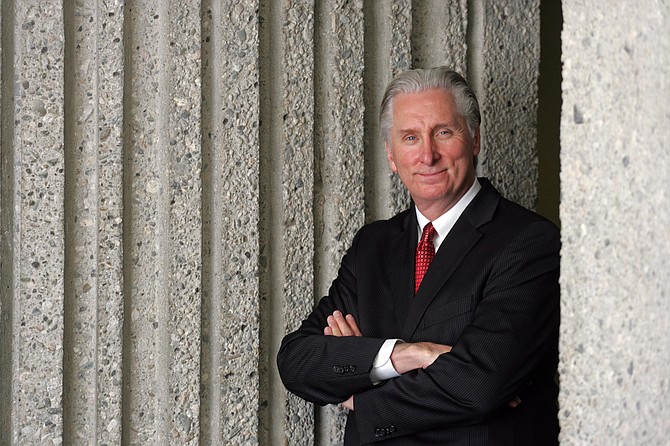 When the folks at NBC’s “Today” show want to talk about celebrity culture, they call Michael Levine for his insight and opinion. The founder of Hollywood PR agency Levine Communications Office has represented hundreds of stars, including Charlton Heston, Barbra Streisand, Linda Evans, Michael Jackson, Bill O’Reilly and Jon Stewart. He is the author of 19 books on PR and business. Levine no longer works as a personal publicist for celebrities, but his company handles the rock group Kiss and boxing champ Manny Pacquiao. But to keep his profile high – and to keep the book sales up – he maintains a frequent presence on TV talk and news shows as a commentator on Hollywood publicity and scandals, with regular appearances on “Today,” “Good Morning America,” CNN, ABC News, Fox News, MSNBC and even PBS. Levine met with the Business Journal in the lobby of a Beverly Hills hotel near his office on Beverly Drive to discuss his feelings about the trashing of American culture, the need for self-education among the nonuniversity population and his admiration for the lyrics of Bob Dylan – “the Shakespeare of our time.”

What was the craziest moment of your career?

I represented Michael Jackson during the first child molestation charge. That’s about as crazy as it gets. Also, representing Joan Collins and Rodney Dangerfield. I’ve bailed people out of jail, gotten midnight calls, dealt with drug overdoses – all of it.

What is your work schedule?

Do you suffer burnout?

No, but remember, I have a very social job with an elastic interpretation of “work.” Is dinner with a client working? Yes. Is socializing work? Yes.

Was school difficult for you?

I was slightly dyslexic. I had an alcoholic mother, a passive father. My childhood was not ideal for school. So my story is one of self-motivation and self-education.

How far did you go in school?

I went to college for six months and quit.

What was your first job in public relations?

I have never held a job. I have been self-employed since age 18. Who the hell’s going to hire me?

And you were successful?

Yes. I was exceedingly motivated by not having alternatives. I was a scared, skinny kid.

When did you come to California?

How did you survive between those dates?

Always the same thing – promoting entertainment events as a freelancer. I also got into political consulting as time went on.

What attracted you to PR?

As a youth, I was interested in politics and entertainment. I decided Washington is just Hollywood for ugly people, so I moved out here.

Who were the most influential people in your career?

I had a number of mentors, but none more powerful than Robert Evans, the producer, and Peter Bart, the editor of Variety.

How did you meet them?

Bob Evans was a client while he was at Paramount. Peter Bart was the editor of Variety and I was a publicist and we worked together a lot.

What did they teach you?

Peter Bart taught me the difference between playing your career like checkers versus chess. Most people play the game of life like checkers. It’s a very simple game. A bright 10-year-old can play checkers competently. Chess, on the other hand, is a much more sophisticated game. Certain supersuccessful people play their life like chess. It is strategic, you think five moves out.

How has that affected your career?

What is your concept of celebrity?

Historically, the way a person became famous was great achievement. Jonas Salk created the polio vaccine; then he was on the cover of Time magazine. Achievement preceded fame. But in today’s world, there is no correlation between achievement and celebrity. For example, if you watch Kim Kardashian on television, it’s painful.

I contend that it happened in part because we were distracted. We were too busy texting in votes to “American Idol” to notice California was bankrupt. We were too distracted playing on Facebook to pay attention to events. I’m very concerned about distraction as a deleterious force in our society.

What do you propose to do about it?

If I were king of America, I would mandate people reduce texting by 98 percent. That proclamation would only be the start.

Well, I have some brutal facts for anyone reading this: You are living in a bankrupt city, in a bankrupt state in a bankrupt nation. This economy will be reviewed 20 years from now much more like a cancer than a cold. This is really serious. This is not your average recession. It’s going to be a long walk up a steep hill for us to climb out.

What is your prediction for a recovery?

Three to five years. You better buckle up for another 12 to 24 months of tough economy. And if you are stupid enough to run a business in California, I might suggest you double that equation.

Don’t you own a business here?

Are you asking if I’m that stupid? Indeed, I am.

Yes. I have complicated feelings about this. Celebrity is how I made my living. I wrote books about how celebrities are brands. But the world has changed.

Why do you write books?

Seventeen years ago I wrote a book called “Guerilla PR.” It became the most widely used introduction to PR in the world. That pushed me forward when cable TV was starting to grow. CNN asked me to be the media commentator for the O.J. Simpson criminal trial. The success of my book opened the door to go on CNN. From there, I represented Bill O’Reilly, at the time the host of “Inside Edition.” When he got a cable show, “The O’Reilly Factor,” he asked me on as a guest.

Do you get paid for these appearances?

No. ABC was filming me so often this summer, they called my house ABC West. They like my rate of pay – zero.

Then how do you benefit from them?

No question there is a correlation between credibility and visibility. Also, there is a benefit with the books. I’ve written 19 books, five of which have been best-sellers. Plus, my job on the media is to explain the social significance of a particular incident, and I like being part of a conversation in front of large audiences

But isn’t the first rule of PR that your client should get the attention, not the publicist?

That idea was true historically. But the world has changed. Forty years ago, Donald Trump wouldn’t be a successful businessman and Warren Buffett wouldn’t be on TV advising presidents. Now we have 24-hour news cycles and all kinds of people, including publicists, have microphones. The conversation is more diverse.

What was your favorite experience of your career?

I’ve provided nonpaid counsel to three presidents of both political parties. The first was Ronald Reagan, whom I met in the White House.

The first time you walk into the Oval Office, it’s very intimidating. They give you a protocol tour. There’s a side room where visiting heads of state or corporate presidents who faint while waiting to meet the president can sit down to recover.

What advice did you give?

When you give advice to presidents, there is a firm rule that you don’t discuss what you say. I hope to give advice to a fourth president, and I won’t have a chance if I run my mouth about what I said to the first three.

Who were the other presidents you advised?

Bush the father and Clinton.

What do you want to do with the rest of your career?

I want to spend my latter life charitably encouraging and inspiring people to self-educate. Only 32 percent of Americans graduate from college with a four-year degree. That may seem incredible to the people reading the Los Angeles Business Journal, but 68 percent of the people walking around the United States don’t graduate. Those people are either going to live a life slightly above minimum wage, or they are going to self-educate. I want to encourage the education option.

What made “Guerrilla PR” a best-seller?

It was based on the idea that public relations was analogous to gift wrapping. If I give you something in a Tiffany box, in your mind the gift is more prestigious. We live in a culture where we gift wrap everything – politicians, TV stars and even toilet paper. It creates a higher sense of demand and prestige.

I’m working on a book on the leadership lessons of Ronald Reagan for business owners.

Public opinion polls show that PR professionals are one of the least respected jobs. Why, in your opinion?

It reflects on the cynicism about truth-telling and integrity. Publicists are regarded as manipulators of truth. I prefer the gift-wrapping analogy. We live in a time when people are very cynical about the messages they receive. At the same time, there are lots of people on the planet intrigued by entertainment PR.

Besides PR, what are your other interests?

I’m a serious student, not a scholar, of the music by Bob Dylan.

He’s the William Shakespeare of our time. A hundred years from now, musicologists will study him more than the Beatles. He speaks to the complexities of life so powerfully. My favorite line: “Last night I danced with a stranger, and she just reminded me that you are the one.” That’s so rich in a few words – try it some time. Hard to do.

What is your advice to young people looking to get into the entertainment industry?

A damn fool with a plan beats a wandering genius 100 times out of 100. Anyone reading this during the next week is going to meet a number of damn fools. They will whip you if they have a plan and you don’t.

What’s your advice to people already invested in a career?

Like Dylan said: If you’re not busy learning something new, preferably from someone you don’t agree with, then you’re dying. Most people are not investing into learning outside of their narrow focus. I affirm Mark Twain’s quote: I never let school interfere with my education.

What is the lesson of your career?

There are no shortcuts. Some books say success is about working smart, not working hard. Wrong. You need both. You have to work really hard.

HOBBIES: Takes photographs that he uses as greeting cards; calls himself “a serious student” of Bob Dylan’s music.