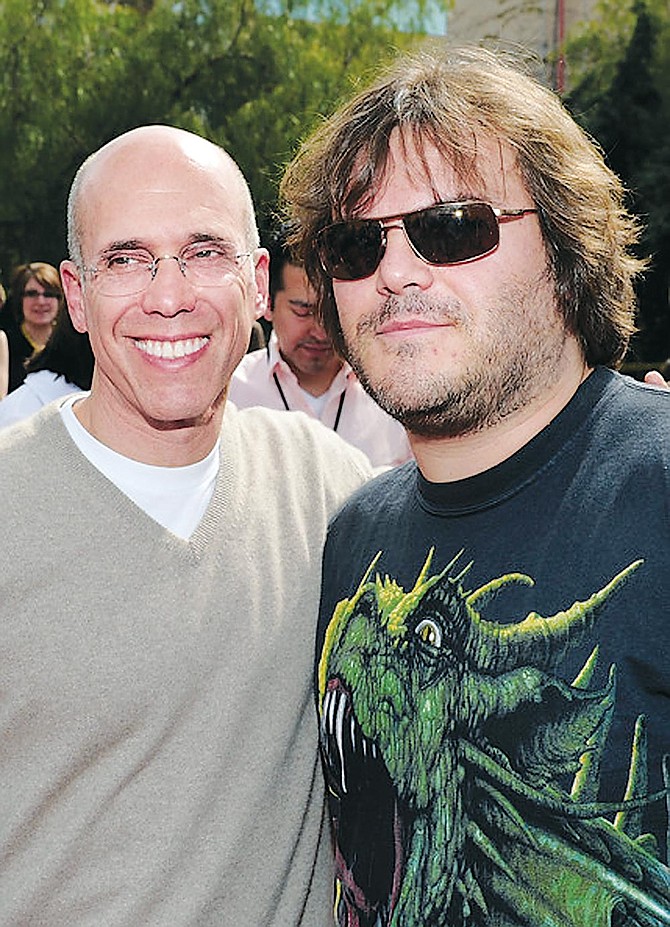 Ron Tutor isn’t necessarily a film buff. In fact, the L.A. businessman made his estimated $700 million fortune by building really big stuff. Such as the Los Angeles Metro Rail. The San Diego Convention Center. And the $1.3 billion Wynn Encore hotel in Las Vegas.

But this month the construction magnate could be found lounging at the famed Cannes Film Festival, which he has attended 10 years running, looking for film properties and projects to invest in.

He had company. In April, Tutor found himself in a bidding war over Miramax Films against supermarket magnate Ron Burkle, and private equity titans Tom and Alec Gores.

He shouldn’t have been surprised. Like Tutor, they are among the Wealthiest Angelenos who built fortunes that had little or nothing to do with Hollywood. And like many before them, they got bitten by the Hollywood bug.

Investing in the entertainment business is a definite gamble, but Tinsel Town’s glamour has long attracted outsiders who’ve made their money from such far-flung industries as aviation, oil and real estate.

“There’s ego satisfaction, there’s glamour, there’s power,” said Edward Jay Epstein, a New York author who’s published two books on the entertainment business. “A lot of people want to get into the movie business, want to sell screen plays, or want to have their girlfriend act in a movie. There’s that kind of power. And then there’s the idea that you are going to put your brain against Hollywood and come up with a great idea, so there’s a challenge.”

The food fight over the 700-film Miramax library, which includes venerable movies such as “Pulp Fiction” and “Shakespeare in Love,” serves as a prime example of how alluring Hollywood is to outsiders.

Disney shuttered the storied Miramax studio in January and put it on the auction block, drawing short-lived interest from independent studios Summit Entertainment and Lions Gate Entertainment. But in the end, it was the wealthy businessmen who were left to battle over Miramax.

While it’s too early to tell whether Miramax will be a lucrative venture – the studio’s profitability is stalled by a lack of new productions – the history of show biz is littered with investors who often don’t get much in return for their millions.

Indeed, Tutor has had at best what might be characterized as mixed results from his Hollywood ventures.

He’s known as a construction tycoon, forming general contractor Tutor-Saliba in 1981 before merging the company with Perini Corp. in 2008. But he’s become heavily involved in the entertainment industry through business partner David Bergstein, a real estate developer-turned-film financier.

Through their Capitol Films production company, the pair was behind Sydney Lumet’s critically acclaimed 2007 movie “Before the Devil Knows Your Dead” but also less successful films such as 2008’s “The Edge of Love.”

In an interview with the Business Journal from Cannes, Tutor said he spent too much time and money getting into the film business to consider getting out.

That’s despite the business not treating him too well lately. Earlier this year, Capitol and four other production and distribution companies invested in by Tutor and Bergstein were thrown into bankruptcy court by creditors who claimed they were owed millions.

Tutor, who’s a defendant in several of the suits, admits the mess has soured him a bit on the entertainment business. But he still thinks that deals, such as a Miramax acquisition, can make real money.

Tutor describes himself as silent or “absentee” owner of his production companies, but the notion of actively running a movie studio has attracted tycoons from William Randolph Hearst and Howard Hughes to Kirk Kerkorian and Marvin Davis.

Hearst established his own independent film studio, Cosmopolitan Productions, in 1919 after building a newspaper empire that spanned from New York to Los Angeles. Hughes acquired RKO Pictures from fellow magnate Joseph Kennedy in 1948, eventually micro-managing the company to its demise.

Casino mogul Kerkorian purchased the famed MGM movie studio in 1969 and then sold and bought it two more times, making well over $200 million. Wildcatter Davis bought 20th Century Fox with a partner for $725 million in 1981 after selling the majority of his oil holdings for $600 million. He later sold the studio to billionaire Rupert Murdoch, netting an estimated $325 million.

But more often the results are far less spectacular, whether would-be movie moguls are winning or losing, such as with two other Wealthiest Angelenos who have opened their fat checkbooks to Hollywood.

Steven Bing, who inherited a New York real estate empire worth $600 million from his grandfather, put $80 million into the Tom Hanks computer-animated film “The Polar Express” in the hopes of becoming a big-time producer. The film grossed $305 million at the worldwide box office, but last year Bing’s own production company released two duds.

Investor Neil Kadisha, the former chairman of cell phone chip maker Qualcomm Inc., served as an executive producer of the Uma Thurman romantic comedy “The Accidental Husband.” It was a flop.

With the Miramax bidding war, Burkle, the Gores brothers and Tutor have been looking to make a far bigger splash in the industry.

Harvey and Bob Weinstein founded the Oscar-winning studio in 1979 and became legendary for making low-budget, high-profit hits, including the seminal independent movie “Sex, Lies and Videotape.” They then sold Miramax in 1993 to Disney and continued to run the studio until 2005, when they left the Mouse House and founded the Weinstein Co. in 2005.

But the Weinstein brothers couldn’t repeat the success they achieved with Miramax, and turned to Burkle and his deep pockets to buy back the business.

The Gores brothers had their own idea, though. Tom and Alec Gores built their fortunes acquiring struggling companies, turning them around and selling them at massive profits. Tom Gores runs private equity firm Platinum Equity, which has invested heavily in manufacturing companies, but has dabbled as an executive producer. His credits include Lindsay Lohan flop “I Know Who Killed Me,” feel-good basketball movie “Crossover” and Andy Garcia drama “Lost City.”

Alec Gores, who runs the technology-oriented Gores Group buyout firm, has been less visible. But he’s had some encounters with Hollywood. Gores has palled around with actor Sylvester Stallone, and his son, Eric, had a starring role in the 2005 Tom Arnold movie “The Kid and I.”

That doesn’t sound like much experience to be a studio titan, but the duo has one more significant connection: Their brother Sam Gores is a known face on the entertainment scene. Sam Gores owns Beverly Hills talent agency Paradigm, which counts Philip Seymour Hoffman and Laurence Fishburne as clients. He was said to be advising his brothers on the deal.

Still, Burkle is believed to be in the driver’s seat to become Hollywood’s newest mogul. He formed a partnership with the Weinstein brothers and the group at press time was reportedly in exclusive negotiations with Disney to acquire Miramax for $625 million.

In some ways, there couldn’t be an odder fit.

The 57-year-old Pomona native got his start in the supermarket business as a bag boy at his father’s grocery store. He went on to make his billions buying and selling grocery chains such as Ralphs, Food4Less and Fred Meyer. But over the years he also caught the Hollywood bug.

His Beverly Hills home is the historic Green Acres, a Tuscan-style villa built by silent-film star Harold Lloyd. It’s where he hosts numerous Hollywood parties and fundraisers. He’s also known for his famous friends, such as actor Leonardo DiCaprio. He’s even got one executive producing credit to his name: little-known 1999 drama “The Secret Life of Girls.”

Miramax, though, would be a whole new game.

“Billionaires and superwealthy individuals have always been in the business and always will be in the business,” said Stephen Prough, founder of Salem Partners, an L.A. investment bank that advises on entertainment deals. “For billionaires, it’s a great hobby to engage in after they’ve exited other businesses or made their fortunes. They can come, play and try to make a little bit of money – if that’s their objective.”