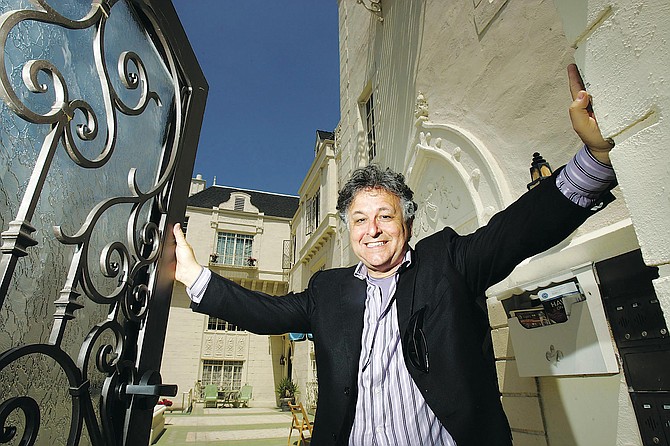 When landlord John Jones heard that the Los Angeles City Council was considering a moratorium on rent increases allowed under the city’s rent control ordinance, he put all capital improvement projects at his four rent control buildings on hold.

That means a 120-unit Crenshaw Corridor property he owns won’t be getting new copper plumbing – a $350,000 maintenance project he refuses to take on with the threat of the moratorium.

“Based on my budgets and forecasts, I expected to be able to raise rent,” said Jones, chief executive of Greystone Management Group Inc., which owns 283 units subject to the city’s rent control ordinance.

“I don’t know what to expect going forward.”

If Jones is any example, landlords across the city may be deferring maintenance projects. What’s more, since Jones and other landlords fear that any moratorium may be a prelude to a permanent change in the rent control ordinance, all manner of upgrades and maintenance may be postponed.

Debate over the city’s Rent Stabilization Ordinance kicked into high gear May 7, when the council voted 8-6 to have the city attorney draft a moratorium that would prevent for up to six months apartment owners from levying the usual 3 percent annual rent increase at rent control units.

The Rent Stabilization Ordinance allows landlords of apartments built before 1978 to raise rent beginning July 1 each year by 3 percent to 8 percent. The rent hikes must be less than, or equal to, the increase in the previous year’s Consumer Price Index. That means landlords have been able to raise rents by the 3 percent floor amount each year, even though the CPI has been below 3 percent in recent years.

The freeze is backed by Councilman Richard Alarcon, who first proposed a one-year freeze in April. The moratorium, which could be voted on by the council as soon as May 21, affects buildings of six units or more. There are about 638,000 rent control units in the city.

Alarcon said he would support a permanent removal of the rent control floor; he’d like to have rent increases tied to the CPI. In other words, if the cost of living increase were 1 percent, rents could go up by 1 percent the following year. He noted that a report by the non-profit Economic Roundtable made the same recommendation.

The city’s Housing Department is conducting a report on the issue that should be completed in four to six months, and Alarcon believes the moratorium is necessary in the interim because he wants to see the report before making a final decision on his position on the rent control ordinance.

But Ryan Minniear, executive director of the California Apartment Association of Los Angeles, said that the city’s rental business not only affects landlords and tenants, but other related businesses, from the plumbers, roofers and electricians who care for the buildings to banks that lend landlords money.

“You can’t look at this in a vacuum of landlords versus tenants,” he said. “You have to look at the larger issues. Not only does it impact the one property owner, but it impacts the people that depend on the rental industry for jobs.”

At the May 7 council meeting, the council decided to create an exemption proposed by Councilwoman Janice Hahn that would allow landlords of buildings with five or fewer units to continue to raise rents. The move was made to protect so-called “mom-and-pop” landlords.

“I know tenants are struggling, but so are many of our landlords who rely on their properties for income,” Hahn told the Business Journal. She voted in favor of drafting the moratorium. “I hope we are able to give them some relief in these tough times. In the meantime, we’re working to create a new citywide policy that’s fair for everyone.”

Alarcon was disappointed by the move. About 200,000 units are in buildings of five units or less.

“I’m not pleased that (the moratorium) won’t affect hundreds of thousands of units,” said Alarcon.

Gene Bramson, an investor who owns about 120 high-end apartments including 100 rent control units, said that all landlords – from mom-and-pop owners to corporations – are struggling with the same economic issues.

“All of a sudden a landlord – if they are a multimillionaire or own one building – where is it that it says this person is obligated to make sure that somebody lives in an artificially controlled environment because the economy is bad?” said Bramson, owner of GLB Properties. “The economy is bad for everybody. I’m beside myself.”

Bramson said that he doesn’t always raise rents, but counts on having the option.

Though there are Housing Department measures in place that allow landlords to pass repair and property upgrade costs on to tenants, Jones of Woodland Hills-based Greystone said that he has not applied for such pass-throughs because the process is cumbersome and time-consuming. His father, who is also involved in the business, used them in the past, but with poor results.

“Based on the paperwork, and time and effort that it took, it wasn’t really worth it,” said Jones, whose company owns about 1,500 units in Los Angeles County.

Councilman Tom LaBonge, who voted against drafting the moratorium, said he is worried about the deterioration of the city’s housing stock, adding that “any detour” from upgrading it is problematic.

“We are in challenging times but it is a challenge for everybody,” LaBonge said. “The program that we’ve had allows for a modest increase in rent. If you value the housing stock, you must know it needs to be continually upgraded.”

LaBonge has more rent control units in his district – 72,570 apartments – than any other council member. By comparison, Alarcon has the fewest at 14,939.

Bramson said that some of his landlord colleagues are so incensed by the proposed moratorium that they may sell their local properties and do business elsewhere. While Jones is not in that camp, he said that the recent developments could make him think twice about investing in rent control properties in Los Angeles.

“If we continue to go down this road where there is no money to be made off of these properties, I wouldn’t continue to buy them,” he said.

Because the moratorium ordinance has an urgency clause, a supermajority of 12 votes is required to pass it on first vote. If not passed, owners of rent control units can raise rents by 3 percent July 1. But if it passes, Alarcon conceded it’s possible that if no permanent change is made, landlords could raise rent by 3 percent in six months and again in July 2011.

That strikes Minniear as odd.

“This is more political theater than anything,” said Minniear, who noted a legal challenge is possible if the moratorium passes. “This isn’t really policy based. It is more politics.”