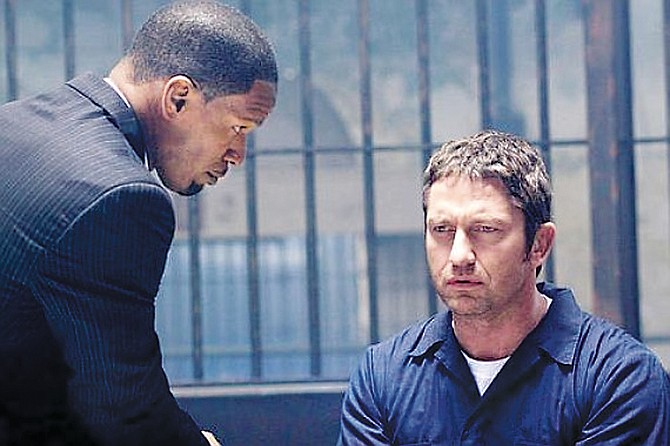 The company, which had planned its IPO for early this February, has delayed the offering indefinitely while cutting the expected proceeds by more than half. Two of the company’s seven directors have tendered their resignations in recent weeks. And the studio’s auditor has expressed doubt about whether the debt-laden company can even stay in business.

Not exactly what prospective investors want to hear.

“It raises a lot of red flags,” said Mick Swartz, an associate finance professor at USC.

With film financing harder to come by since the recession, Film Department had originally planned to raise $85 million to finance a slate of movies. But a lack of investor interest has forced the company to cut its expected proceeds three times; the studio now hopes to bring in a mere $34.5 million.

Film Department has been approved for listing on the Nasdaq Global Market under the symbol “TFDI,” but executives have yet to reschedule the offering.

The business model called for making four to six midprice pictures a year appealing to adults. The budgets of $10 million to $45 million would generally be less than major studio productions but would still feature the stars that many independent films lack.

To date, the company has released two films. “Law Abiding Citizen,” which cost an estimated $45 million, has earned $119 million worldwide since opening in October, according to industry tracker Box Office Mojo. Its other film, Catherine Zeta-Jones romantic comedy “The Rebound,” has earned back its entire $17 million budget overseas and has yet to be released in the United States.

However, since the company’s launch three years ago, much has changed in Hollywood. There was the Writers Guild of America strike that ended in 2008 and left the film community reeling. More recently, most studios have seen declines in DVD and box office revenue as Netflix and other online offerings have drawn audiences.

At the same time, private equity and other financing has been drying up, forcing studios to make fewer and smaller movies. Even Steven Spielberg, one of Hollywood’ most powerful figures, was forced to turn to Bollywood in 2009 to get his new production company off the ground. India’s Reliance ADA Group gave him $325 million to launch the venture.

That lack of access to financing clearly has hurt Film Department. The studio had not earned any revenue until its films were released, and it lost $10 million in 2009 on revenue of $40 million. It lost an additional $4 million in first quarter 2010. In the process, the studio racked up $36 million in debt, including nearly $30 million in current liabilities, on which it has struggled to make payments.

With just $1 million in cash, the company acknowledged “significant liquidity constraints” and said in the prospectus that it needs additional financing to stay in business. Its auditor, BDO Seidman LLP, issued a going concern opinion in a note included with the prospectus.

“Our failure to raise additional capital or generate the cash flows necessary to finance our operations could force us to limit or cease our operations,” the company said in its prospectus.

The studio plans to use more than half of the net proceeds to pay down outstanding debt, raising questions as to whether the reduced offering will be sufficient to keep it afloat.

“They have real issues with liquidity and cash flow,” Swartz said. “I wonder whether this (IPO) is actually going to solve their problems. If you have $29 million in current liabilities, this $34 million just keeps the company afloat. How long will they be able to last even if this offering is successful?”

With its problems mounting, the company received resignation letters this month from two of its directors, Menlo Park-based venture capitalist Mark Kvamme and Phoenix-based accountant Robert Semple. Neither could be reached for comment.

“If there’s controversy, if there are problems, if there’s any kind of infighting, investors don’t want it,” Menlow said.

Further complicating matters, a major Wall Street investment bank is not handling the offering. IPO Solutions, a newly established online firm, will handle the underwriting. A subsidiary of San Diego’s Girard Securities Inc., IPO Solutions was started in December to offer IPOs to individual investors through a “proprietary online distribution model” rather than to institutions. The firm has yet to execute an IPO.

“It’s a recipe for disaster. Individual investors do not carry enough power to keep these stocks from falling,” said Menlow.

The studio has a few things going for it, though. There are early signs the IPO market is picking up, and a stronger rebound could revive interest in the offering given the studio’s two modest hits.

What’s more, it has a third film in postproduction, a romantic comedy starring Kate Hudson called “Earthbound.” It also has a number of films in the works with big names attached, including a 1920s-era love story starring Keira Knightley and a 3-D thriller by the director of action hit “Mr. and Mrs. Smith.”

Jonathan Handel, an entertainment and technology attorney with TroyGould in Century City, said with studios making so many big-budget films based on comic books, Film Department could carve out a successful niche.

“They’re offering something that’s not available in the rest of the marketplace in any great quantity,” he said. “On the other hand, if the adult audience has come to expect that there isn’t going to be anything out there for them, it’s hard to break through that clutter.”