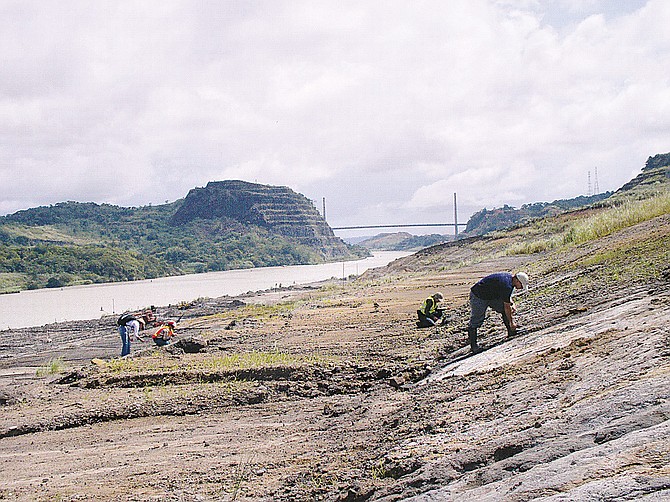 Stretch of the Panama Canal, which is undergoing widening work. Photo by Courtesy Photo

Officials at the ports of Los Angeles and Long Beach have worried that a planned widening of the Panama Canal could undermine its position as the nation’s leading import center.

The fear is that once the $5 billion project is completed in 2014, large freighters loaded with goods from Asia destined for the Eastern U.S. will bypass Southern California and use the canal to reach the other side of the country.

Those fears are well founded.

The Panama Canal Authority, which runs the canal, has entered into memorandums of understandings with 20 ports on the Gulf and East coasts – including in New Orleans, Miami and Baltimore – that are intended to promote freight passage through the canal to those ports.

Now, the Port of Long Beach has become the first on the West Coast to try to turn that tide. Earlier this month it entered into its own memorandum of understanding with the Panama Canal Authority to promote trade between Long Beach and the east coast of Latin America via the canal.

“We expect the trade between North and South America to grow,” said port spokesman Art Wong. “And there’s now a good chance that much of it will come to the West Coast.”

Cesar Arellanes, director of the Center for International Trade Development, a program that assists small companies in trade and is partially funded by the Long Beach port, said he believes the agreement could result in material gains.

“In the long run, this area – Latin America and California – has the potential for tremendous growth, especially Brazil,” he said.

However, Paul Bingham, an Arcadia-based trade consultant for Wilbur Smith Associates, a transportation consultancy headquartered in Columbia, S.C., said he doesn’t believe the canal will make a large difference either way.

“It’s definitely going to cause some shift away from the West Coast – and Los Angeles and Long Beach have the biggest bull’s-eyes on their backs,” Bingham said. “By percentage points, though, it will probably be fairly small.”

Even if there are significant losses in trade with Asia, however, Bingham said, it’s unlikely that trade with Latin America – which does relatively little importing to Southern California ports – would fix the dent.

The memorandum calls for a series of meetings and discussions between port and canal officials over the next two years.

“The idea is to do joint marketing strategies,” said Teresa Arosemena, a spokeswoman for the Panama Canal Authority, who noted that discussions have already taken place between canal and Long Beach port officials.

The Los Angeles Board of Harbor Commissioners has driven the final nail into a plan by a Long Beach company to build a shipyard in the Port of Los Angeles.

The port and Gambol Industries Inc., which operates a boat yard in Long Beach, had signed a memorandum of understanding giving each a year to agree on a plan for the site.

Last week, after months of public wrangling, the port’s board voted 4-0 to end negotiations and suspend the memorandum.

“After the expenditure of thousands of hours of staff time and substantial financial and other resources searching for ways to fit Gambol’s proposed project within the parameters required, impasse has been reached with Gambol on the key issues of cost, schedule and business plan,” wrote port Executive Director Geraldine Knatz in a letter to the commissioners. “Continued staff efforts at this time would be unproductive.”

Gambol spent more than $1 million on engineering plans, marketing studies, and consulting and legal fees pursuing construction of the shipyard at the site of the now-abandoned Southwest Marine on the southwest corner of Terminal Island. But the port has maintained that building the shipyard would delay a critical dredging project to deepen the main channel. Plans are to dump dredging material at unused slips next to the Southwest Marine.

Gambol Chief Executive Robert Stein did not respond to a request for comment, but his attorney said he was deeply disappointed and didn’t accept the port’s objections.

“They just refused to work with us and have continuously thrown obstacle after obstacle along the path of our client’s efforts to create a privately funded shipyard,” said attorney Ben Reznik. “I think it’s a tremendously shortsighted loss for people in the area who would have benefited.”