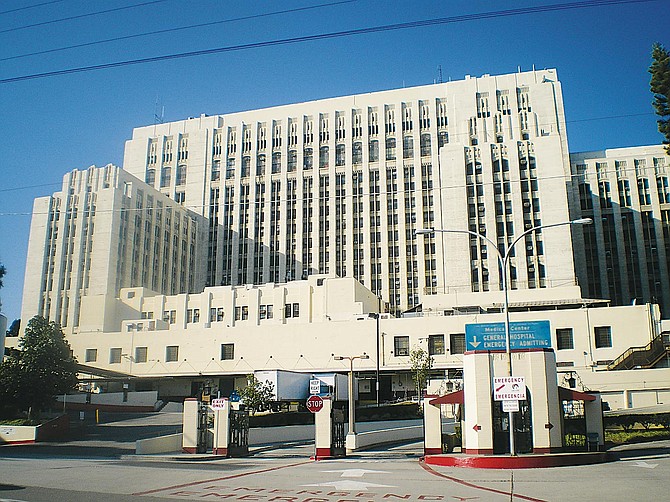 Los Angeles County and the USC may be closer to establishing a long-sought biotech park around the USC Health Sciences campus in Boyle Heights.

The county Board of Supervisors last week voted to begin negotiations with Momentum Biosciences to establish a business incubator at the historic Los Angeles County USC Medical Center building, which was vacated in 2008 when a replacement facility was completed.

Momentum is a private business advisory group founded by UCLA and CalTech faculty to match promising academic research with angel or venture investors and provide technical assistance to startups. It has offices and lab space at the CenterPoint Business Park in Culver City and recently expanded into another building there.

As envisioned by county supervisors, Momentum would get a free 10-year lease for 113,800 square feet on the now-vacant hospital’s second floor. As many as 10 startups could be nurtured in that space, organizers estimate.

Not having to pay rent at its second incubator will enable Momentum to charge lower fees to startups that hope to commercialize life science technology, primarily from USC and Pasadena’s CalTech.

“We really have a ton of willing partners, both individuals and institutions, that are eager to demonstrate that there should be a large biotech hub in Los Angeles County,” said Momentum President Philipp Czernin.

The incubator would play a crucial role in boosting the profile of the Boyle Heights campus as a biotech hub, an effort that stalled during the downturn in the commercial real estate market. Boosters said developers aren’t yet confident enough to propose biotech office and lab projects in a redevelopment zone the county has designated adjacent to the campus.

“Despite not having an incubator here, USC still has produced more than 24 mostly life science startups and most of the 500 jobs they’ve generated are still in Los Angeles. Just think what could happen if we had more space to nurture fledgling companies,” said Richard Hull, a senior director at the USC Stevens Institute for Innovation.

“If successful, this pilot project could grow into a true biotech hub for Los Angeles County,” she said in a statement.

The tax credit is designed to provide some financial relief for research-intensive, small biotech and medical device companies that continue to struggle in a tight credit market. The grant program will help fund commercialization of promising treatments for diseases that might still be in the lab stage.

Sofie, a tenant at Momentum Biosciences’ Culver City campus, is developing biotechnology that can be used with Positron Emission Tomography imaging machines to determine which patients are most likely to benefit from new niche medicines.

After months of litigation, ophthalmic products maker Staar Surgical Co. said it has settled with two vendors that had wanted to make products for its competitors.

The two companies alleged that Staar interfered with their businesses by attempting to enforce contract covenants that restricted their ability to do business with rivals.

The settlements will be paid from a trust fund Staar established with the court last year.