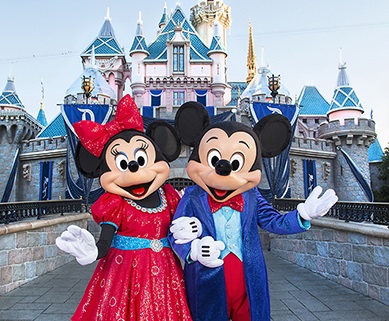 Disneyland may be the Happiest Place on Earth for visitors, but low wages have caused homelessness, hunger and financial woes for its employees, according to a report released on Feb. 28.

Titled “Working for the Mouse: A Survey of Disneyland Resort Employees,” the report, released by researchers at Occidental College and the Economic Roundtable, said 85 percent of employees at Disneyland in Anaheim are paid less than $15 an hour.<br />

As a result, 74 percent of employees, and 80 percent of those with children, say they cannot afford basic expenses every month. One in 10 employees has experienced homelessness, and two-thirds of park employees cannot afford enough food to eat three meals a day, the report said.

Notwithstanding economic hardships, the report said four-fifths of employees, whom Disney calls “cast members” in keeping with the resort’s entertainment theme, say they are “proud of the work I do at Disneyland Resort.”

“This inaccurate and unscientific survey was paid for by politically motivated labor unions, and its results are deliberately distorted and do not reflect how the majority of our 30,000 cast members feel about the company,” said Disney Resort spokeswoman Lisa Haines in a statement. “While we recognize that socio-economic challenges exist for many people living in Southern California, we take pride in our employment experience.”

In the statement, Disneyland Resorts said that the report’s numbers are misleading because 17,000 union employees out of the total 30,000 employees received the survey, and of that group only 5,000 responded.

The statement also said that entry-level salaries range from $11 to $17.75 per hour depending on the position, and that the majority of cast members make above California’s minimum wage. It said that many cast members started in hourly roles at the resort and more than 2,200 moved from part-time roles to full-time status in 2017. The average annual wage paid to full-time, hourly cast members in 2017 was approximately $37,000. That group includes tipped and non-tipped, union and non-union cast members, the statement said.