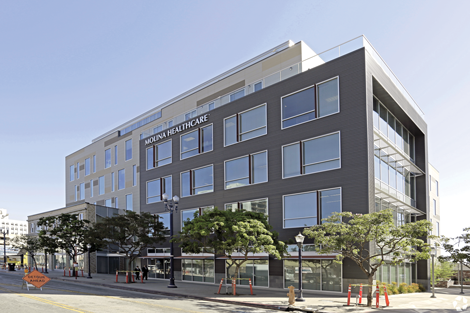 Molina Healthcare Inc., a Long Beach-based managed-care services provider, will lay off nearly 90 more workers during a wave of layoffs that dovetails with the offshore outsourcing of its IT services, according to a state employment report.

The state Employment Development Department posted a notice dated March 7 that Fortune 500 insurance giant would lay off 86 workers effective May 6.

The announcement follows a similar notice dated Feb. 6 that Molina would terminate 169 employees – the same day the company announced an agreement with India-based Infosys Ltd. to manage IT operations formerly conducted in Long Beach.

The latest round of Molina layoffs comes on the heels of a robust year for the insurance giant, which reported net income of $707 million in 2018 based on revenue of $18.9 billion, compared with a $512 million loss in 2017 on revenue of $19.9 billion.

The managed-care services provider for Medicare and Medicaid has undergone a financial makeover led by Chief Executive Joseph Zubretsky, who was hired in October 2017 to turn around a company beset by lower enrollments, higher costs and at least 1,400 employee layoffs.

The renamed Golden Shore Medical Group, which operated the clinics, notified the state it would lay off around 270 former Molina workers last month after Molina cut its contract to treat patients.

The Molina makeover also included the October sale of its Pathways Health and Community Support unit, a provider of home and community-based human services, to Century City-based Atar Capital for an undisclosed sum.