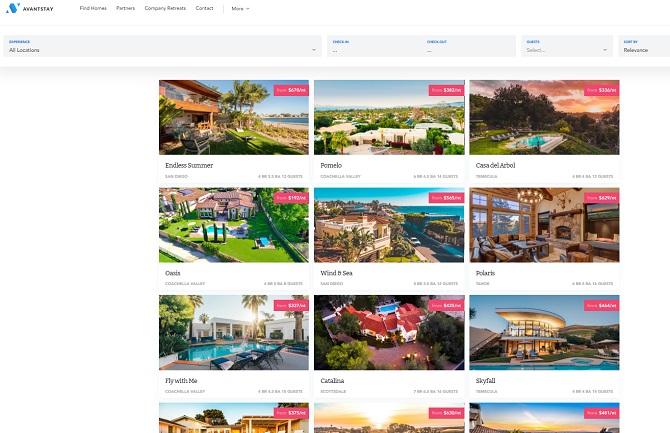 The company’a total funding to date is $6 million, according to company spokeswoman.

New investors Cambridge, Mass.-based F-Prime Capital Partners and San Francisco-based Zeno Ventures joined the round alongside existing investors Abstract Ventures and Presidio Bay Ventures, both based in San Francisco. Instead of competing with Airbnb Inc., a prominent vacation rental firm, AvantStay collaborates with it on “technology initiatives, policy updates and market demands,” a company spokeswoman said in a statement.

To date, AvantStay reports more than 60 vacation properties with more than 300 rooms, and the funding will help it grow its controlled properties to 200 locations by 2019’s close. The latest funds will also be used to grow AvantStay’s proprietary technology, used to manage rental maintenance, cleaning and customer service.

“The evolution of the private travel accommodation space is driving the future of the hospitality industry,” Chief Executive Sean Breuner said in a statement.