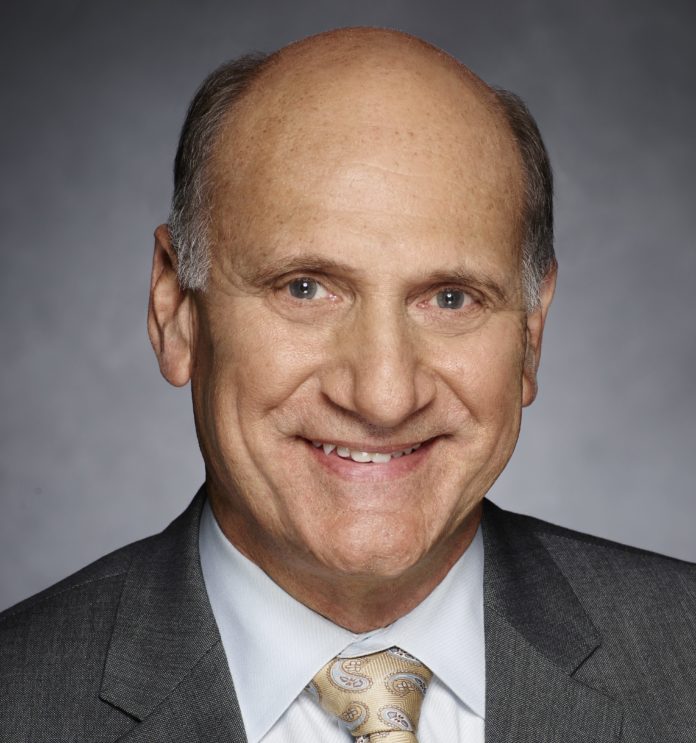 The Los Angeles County Economic Development Corp. announced last week that recently retired NBCUniversal exec Steve Nissen has been elected as the organization’s new board chairman for the 2020-21 fiscal year that began on July 1.

The downtown-based economic development organization also announced two other top-level moves. Rudy Medina, president of U.S. Bank’s Southern California market, was elected as board vice chairman. And Stephen Cheung, who had been the LAEDC’s executive vice president, was promoted to chief operating officer; he will continue in his role as president of the World Trade Center Los Angeles, a subsidiary of the LAEDC.

The organization also announced current President David Flaks will be leaving his post in the next few months to pursue other opportunities.

Bill Allen remains as the LAEDC’s chief executive, a post he has held since joining the organization in 2005.

In the announcement, Allen said the changes reflect shifts in the organization’s strategic direction as it focuses more on helping the region recover from the business and tourism shutdowns that have resulted from the Covid-19 pandemic.

Nissen, who retired in January as senior vice president of legal and government affairs at NBCUniversal, now heads his own consulting business. He has served on the LAEDC board for 15 years, most recently as vice chairman.

He also served as chairman of the Los Angeles Area Chamber of Commerce in 2017. Earlier in his career, he was a partner in the West Los Angeles law firm Manatt Phelps & Phillips.

Medina joined the LAEDC executive board in 2016, the same year he assumed his post as Southern California market president for U.S. Bank. He previously held executive posts at Bank of America.