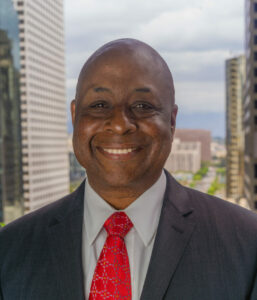 Clifton Albright is the president of Albright, Yee & Schmit. Based in downtown Los Angeles, Albright specializes in labor and employment law. He was the first attorney to win a lawsuit against the Department of Health and Human Services (DHHS) regarding its Public Health Service Training Program. In December 2010 and March 2014, President Barack Obama appointed Albright to the International Trade Advisory Committee (ITAC 11). Albright was reappointed to (ITAC 9) in February 2018 by President Donald Trump. Albright is currently being considered for reappointment by President Biden.

A sought-after speaker, Albright conducts continuing education programs for attorneys, executives, and employees in such areas as employment and labor law, business management, and complex litigation. The National Institute of Trial Advocacy awarded Albright a diploma and a master’s degree in its Master Advocates Program. He is licensed to practice before United States Supreme Court.