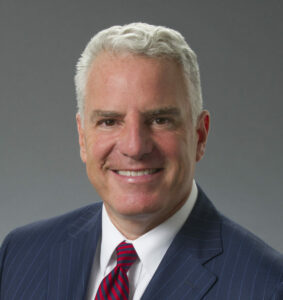 Dan Clivner’s already well-established leadership skills were especially crucial during recent events. As a diverse lawyer, Clivner was deeply involved with Sidley Austin lawyers from diverse backgrounds seeking to address injustice and other issues of concern to them in the aftermath of the George Floyd murder.

His extensive work outside the firm includes leadership at several prominent organizations. He is a former chairman of the board and leader of the capital campaign for Public Counsel, the largest pro bono public interest law firm in the nation, and served for six years as director of APLA Healthcare (formerly known as AIDS Project Los Angeles). He is also a member of the Williams Institute Legal Council at UCLA Law School, the nation’s leading research center on sexual orientation and gender identity law and public policy, which engages in legal research, public policy analysis, judicial training and leadership development.

Clivner has been an LGBTQ diversity pioneer throughout his career, breaking down barriers and helping others to do so as well. When he became partner at Simpson Thacher in 1998, he was one of only three openly gay partners. Since that time, he has filled many roles as a leader and mentor in the LGBTQ community, both within the legal profession and in local and national organizations outside the industry.

Within Sidley, his advocacy and leadership has helped with increasing the numbers of diverse and LGBTQ lawyers at the firm. For the past five years, a majority of the firm’s summer associates and incoming associates have been diverse or LGBTQ lawyers.