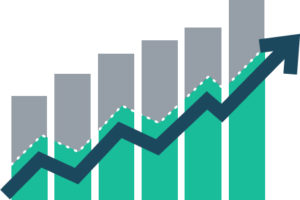 So Long to Summer: A Market Recap and Look Ahead

Thinking back to Memorial Day, it felt like investors were bracing for the worst: persistently hot inflation, dreadful second-quarter earnings results, and more pain for markets. In the end, it wasn’t the easiest ride, but was it as bad as many people expected it to be.

Markets: A tale of two halves

Risk sentiment was sour as summer heated up. By the middle of June, a bear market had gripped the global stock market with widespread declines of more than 20% from the all-time highs at where we started the year. With the 10-year Treasury yield hitting a decade-high 3.47%, core bonds were having their worst year of performance on record.

Then, markets found a bottom the day after the Federal Reserve delivered its first 75 basis point hike since the ’90s, with a side of hawkish messaging, at the June Federal Open Markets Committee press conference. Since June 16, investors have had a slight reprieve from negative returns via a notably broad-based risk asset rally led by equities’ growth complex. A better-than-feared Q2 earnings report season didn’t hurt.

Compared to the start of summer, it’s tough to say that investors have much more clarity on the macro outlook that will drive markets throughout the fall. The Fed is still talking tough on inflation, bond yields remain at or near cycle highs, and the world’s other major economies continue to face profound risks (e.g., war and an energy crisis in Europe, China’s property sector turmoil and Covid-19 struggles). That said, having had some time to process the risks we’re facing, investors in aggregate don’t seem to have the same sense of “impending doom” that they did a few months back.

Still, pervasive uncertainty lends itself to roughly even probabilities of where we go from here. As stewards of capital, that prompts us to continue to focus on more defensive tilts over the next year in the core portfolios we manage (e.g., an emphasis on core bonds, balanced exposures across higher-quality parts of the stock market). For more speculative compartments of total portfolios, we welcome the emerging opportunities offered by the current distribution of risks. For example, preferred and hybrid securities are presenting a compelling entry point and yield potential, and small and mid-cap stocks could bring outsized returns in exchange for higher volatility in the near term.