People On The Move: Jonathan Weedman 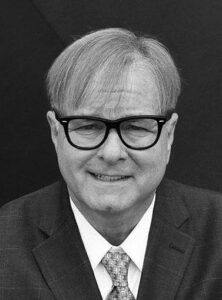 Longtime Los Angeles Business Leader Jonathan Weedman has been appointed Senior Vice President, Corporate and Donor Relations for Via Care Community Health. Serving the communities of East Los Angeles, Via Care is one of the region’s leading healthcare providers with 15 locations providing medical services to among the neediest of our community.

Via Care CEO Deborah Villar commented, “We are delighted to welcome Jonathan to the Via Care Family. His extensive relationships and years of experience in the Los Angeles business and philanthropic community will help Via Care continue to grow and address the urgent needs of the people we serve.”

Born and raised in Los Angeles, he has most recently consulted and served as Executive Director for a local arts nonprofit. From 1996 to 2017, he served a Senior Vice President for the Wells Fargo Foundation where he directed the company’s philanthropic programs for Los Angeles and Arizona with an annual contributions budget of over $20 million. He served as Cultural Affairs Commissioner for Los Angeles appointed by Los Angeles Mayor Antonio Villaraigosa and was Founding Chair of the Grand Park Foundation appointed by Supervisor Gloria Molina.

He has served on numerous Boards including the Los Angeles Philharmonic, Colburn School and Project Angel Food. He currently serves on the Boards of Inner City Youth Orchestra of Los Angeles and Camerata Pacifica among others. In 2015, Jonathan was named one of the top 500 most influential and powerful business leaders in Los Angeles, by the Los Angeles Business Journal. A third generation Californian and classically trained pianist, Weedman attended USC and UCLA, and is the grandson of former California Governor Goodwin Knight. He and his husband Raymundo Baltazar live in Altadena.