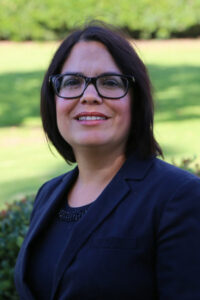 As a professor of education at Whittier College, who just launched a bilingual authorization program in Spring of 2022 (our program will also be available online in Fall 2022), I know that we have done our part to increase the number of bilingual teacher preparation programs to 100 by 2030. As a Hispanic and Minority Serving Institution, as well as one of the most diverse liberal arts colleges in the country, we knew that a bilingual authorization program was a good fit for our teacher education program and our community. Many of our undergraduate and graduate students at Whittier College are first generation students and heritage language Spanish speakers, who can now use these rich assets and experiences to serve future generations of multilingual learners.

Unfortunately, for the past 20 years, the subtractive schooling experiences that many multilingual learners have experienced in California, and other parts of the country, have rid them of their rich linguistic and cultural histories. Prior to the passage of Proposition 227—the subtractive, English only policy that dominated classrooms in California for 20 years—roughly 30% of multilingual learners were served in bilingual classrooms, and a decade later, participation declined to under five percent (AB 1701 Fact Sheet, 2022).

I, myself, experienced such subtractive schooling, being a first-generation Latina of Costa Rican descent, and starting my own educational career as a multilingual learner. Quickly, I began to excel in school and English became my dominant language. My parents, who both spoke English well, with the best of intentions, started using more English than Spanish at home. My sister and I continued to hear Spanish, spoken between my parents, but we became socialized into English and English spaces, including our church and our community. The result is that my academic English is now much stronger than my academic Spanish skills.

My desire to launch the bilingual authorization program at Whittier College comes from this loss and my yearning to recapture my own language and culture. I have done this in a variety of ways over my academic career. Still, I had a longing to do more to create systems by which future teachers would see that their bilingualism, biliteracy, and biculturalism could transform their own lives, while also transforming the next generation of Californians. Thus, the bilingual authorization program at Whittier College was born.

From the onset of the development of the program, we made sure to collaborate with the Spanish Department at Whittier College, as well as experts in local school districts such as Whittier City School District and East Whittier School District, who had experience with dual language programs. This, alongside of support and an ongoing collaboration with the California Association for Bilingual Education (CABE), has assisted us with designing a program that is grounded in dual language education research, as well as bilingual and biliteracy best practices.