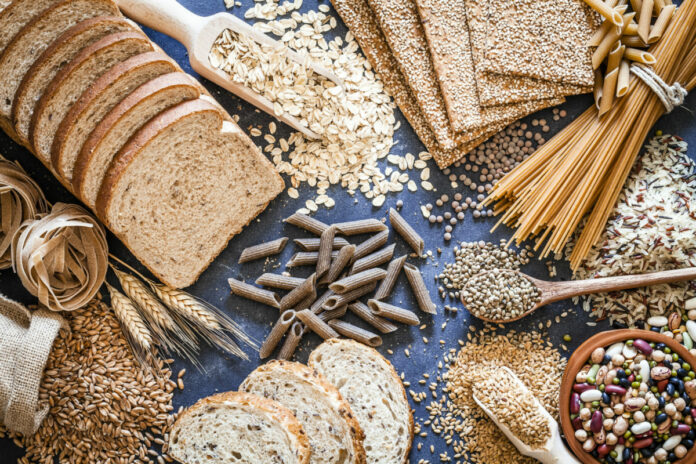 Adiet rich in fiber may help some people being treated for melanoma respond to immunotherapy treatment by influencing the gut microbiome, according to a new study led by researchers at the Center for Cancer Research at the National Cancer Institute (NCI), part of the National Institutes of Health, and the University of Texas MD Anderson Cancer Center. Results from the study, which analyzed both people with melanoma and mouse models of the disease, were published late last year in Science.

Among patients with advanced melanoma who underwent immunotherapy with immune checkpoint blockers, those who consumed at least 20 grams a day of dietary fiber survived the longest without their disease progressing. In contrast, use of probiotic supplements appeared to lessen somewhat the effectiveness of immune checkpoint blocker regimens. Probiotics are live microorganisms typically consumed as a supplement to improve gut health.

“The data suggest that one can target the composition of the gut microbiota and affect the ability of the patient to respond to immunotherapy,” said Giorgio Trinchieri, M.D., chief of the Laboratory of Integrative Cancer Immunology in NCI’s Center for Cancer Research, one of the study’s co-leaders. “Consuming a diet rich in fiber, like fruits, vegetables, and legumes, could improve your ability to respond to immunotherapy.”

Immunotherapy with immune checkpoint blockers helps restore the immune system’s natural ability to recognize and kill tumor cells. These drugs have been transformative in melanoma, improving how long some people with advanced disease live, sometimes by years. However, for many patients, immune checkpoint blockers fail to stop their tumors from growing. Several studies have suggested that the composition of the bacteria in the gut may influence the response to immunotherapy.

“The question is,” said Dr. Trinchieri, “can we change the composition of the type of bacteria in the gut and improve the ability of the patient to respond?”
In a previous study, Dr. Trinchieri and a different group of collaborators showed that some people with melanoma who initially did not respond to treatment with an immune checkpoint blocker did respond after receiving a fecal transplant from a patient who had responded to the drug. The fecal transplant, they concluded, had introduced different gut bacteria that helped make it easier for immune cells to invade and kill their tumors.

Dr. Trinchieri noted that one possible mechanism through which dietary fiber exerts its beneficial effect is by increasing the types of bacteria in the gut, such as Ruminococcaceae, that produce high levels of certain short-chain fatty acids that have an antitumor effect.
“We did see an increase in one of these short-chain fatty acids, propionate, in mice that were fed a high-fiber diet,” Dr. Trinchieri said. “Moreover, patients whose cancer responded to immunotherapy had a greater abundance of Ruminococcaceae bacteria in their gut microbiota compared with those who did not respond to therapy.”

In the human study, nearly one-third of the patients reported they had taken a probiotic supplement within the past month. Although the researchers noted that the small sample size and variety of probiotics used by the patients made it difficult to draw definitive conclusions about the association between probiotic use and response to immune checkpoint blockers, they did observe that patients who consumed the highest levels of dietary fiber with no probiotic use survived the longest.

“The impact of dietary fiber and probiotics on the gut microbiota is only part of the bigger picture,” Dr. Trinchieri cautioned. “Many factors can affect the ability of a patient with melanoma to respond to immunotherapy. However, from these data, the microbiota seems to be one of the dominant factors. The data also suggest that it’s probably better for people with cancer receiving immunotherapy not to use commercially available probiotics.”
He noted that larger studies are warranted and should include cancers other than melanoma.

For more information about the Center for Cancer Research and its programs, visit ccr.cancer.gov.