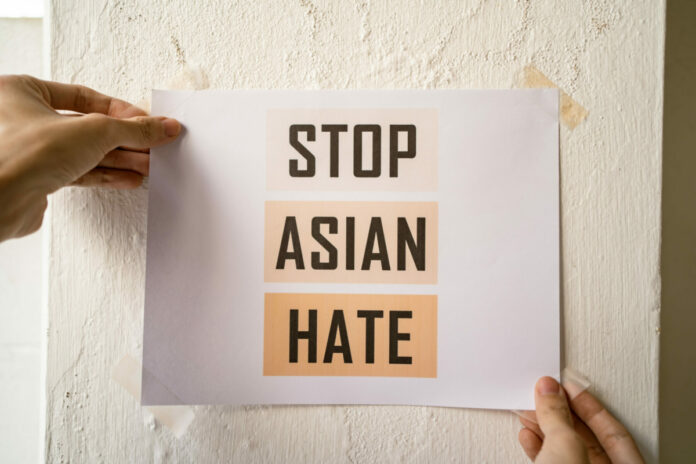 Asian Americans Advancing Justice – Los Angeles stands in solidarity with the victims of the two racially motivated mass shootings that occurred in one recent weekend.
A Taiwanese church congregation in Laguna Woods, a city in Orange County, California, was the target of a racially motivated attack on Sunday, May 15.

The gunman, David Chou, expressed his hatred towards Taiwan and the Taiwanese government. Five were wounded and one individual was killed after tackling the gunman.
“What should have been a peaceful Sunday church reception turned into a tragic, violent episode leaving a vibrant Taiwanese faith community in OC in unimaginable pain and experiencing unspeakable trauma,” Connie Chung Joe, CEO of Asian Americans Advancing Justice – Los Angeles, said.

The mass shooting at the Taiwanese church occurs in the wake of ongoing hate crimes against Asian Americans. Anti-Asian hate crimes increased nationally by 339% in 2021 alone, according to data published by the Center for the Study of Hate and Extremism.
In Los Angeles County, Asians make up roughly 15% of the population, according to the 2020 United States Census. Los Angeles experienced a 76% increase in anti-Asian hate crimes in 2020, and in 2021, recorded the highest number out of any US city this century.

The COVID-19 pandemic has exacerbated this problem, with nearly one-third of survey respondents saying that they or their family experienced a race or ethnicity-based hate incident since the COVID-19 outbreak, according to a survey Advancing Justice – LA conducted with Asian Youth Center last year.

Another racially motivated attack occurred May 14, a day prior to the Taiwanese church shooting. A gunman opened fire at a supermarket in a predominantly Black neighborhood in Buffalo, New York. 10 individuals were killed and three were injured.
Chung Joe expressed her condolences and support for those affected by both attacks.

“We grieve with the family of the Taiwanese victim whose life was lost, and our hearts are with the five injured and hospitalized as a result of this senseless attack. We also stand in solidarity–and mourn the ten people in Buffalo, New York who were gunned down inside a neighborhood supermarket,” Chung Joe said.

As advocates for social justice, equity and peace, Advancing Justice – LA condemns the actions of the mass shootings which occurred May 14 and May 15. The recent horrific events that unfolded are another testament to the systemic changes that are required for ending violence.

“What we do know is that the attacks against our communities must stop,” Chung Joe said. “This despicable expression of white supremacy and savage anti-Blackness must end. We call on all our fellow Asian Americans to join BIPOC siblings and allies to speak out and demand systemic changes in our country that will stop this devastation and gun violence.”
The ongoing acts of race-based hate crimes and gun violence demand greater attention at all levels–both individually and as a larger community. Two mass shootings within one weekend evidence a need for systemic change against an ongoing pandemic of racism and violence.

To get involved in the movement for change, join the organization’s mailing list and follow their social media. There are ways to volunteer, donate and serve as a proactive voice within the community. Equally important is to stay aware of AAPI news and policy.

Note: This article was written prior to the massacre at
Robb Elementary School in Uvalde, Texas.