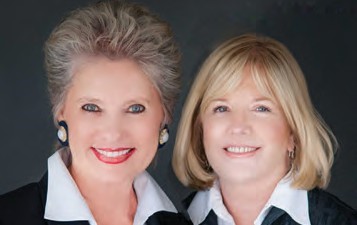 Debra Berman’s and Pat Kandel’s names are synonymous with real estate partnerships. They were pioneers of the real estate team concept starting in 1985, when the team of Berman-Kandel was established. The duo had both been producing agents for the Jon Douglas Company, which later was merged and became Coldwell Banker Co. They were often in competition for the same clients, so they decided to join forces and “conquer the real estate world.” They were ahead of the crowd, and spent many years establishing the Berman Kandel brand and teaching other agents around the country how their partnership worked.

Their main thrust was to have a partnership based on commitment, professionalism and service to their clients. Berman Kandel have established a tremendous network of other professionals who are ready to help their clients with loans, staging and repairs, all with the goal of making the home buying or selling process as effortless as possible.