Thriving In Their 40’s: Scott Rahn 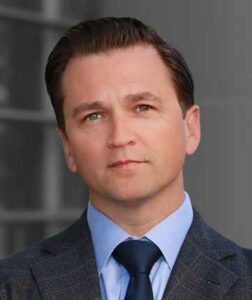 Scott E. Rahn’s strategies start with a walk in his clients’ shoes. Specializing in the resolution of disputes and litigation stemming from trusts, estates and conservatorships, he has built his practice and cultivated his team around the notion of leading with empathy. It’s a challenge in a practice area that often involves extraordinarily emotional issues, but it’s an approach Rahn and his firm believe in, and an area where he has come to excel.

Among his most important recent victories involve a trial in Orange County Superior Court over a case of financial elder abuse, in which he represented the family of an elderly woman exploited by her neighbor and caregiver. A jury awarded his client a seven-figure judgment on top of damages and attorney’s fees. Rahn is often involved in efforts to support his community and the greater L.A. area, leading the firm’s involvement with several charitable groups.