Thriving In Their 40’s: Jon Blanchard 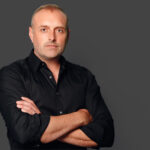 Jon Blanchard is a proven hospitality pioneer, hotelier, and market visionary with an accomplished track-record of nationally renowned hospitality projects. Blanchard founded BLVD Hospitality in 2008, and after spearheading downtown Los Angeles’ first adaptive reuse hospitality project with the renovation of the United Artists’ Building and Theatre into the award-winning Ace Hotel, Blanchard set his sights on the rekindled LA hospitality development renaissance.

BLVD, under the vision of Blanchard, has developed some of the industry’s most renowned hospitality and real estate projects in Los Angeles and beyond including, but not limited to, the Soho Warehouse, citizenM (LA’s first modular construction high-rise), The Hoxton, and much more. BLVD has transacted over $700 million in real estate and developed over 1,400 hotel keys over nearly one million square feet throughout the city. Last year, he acquired the iconic hotel The Georgian, and is currently in development on numerous other hospitality projects.