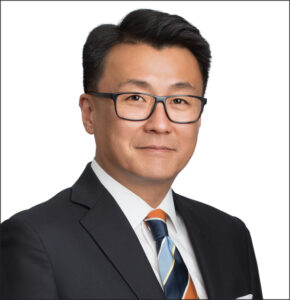 Jason S. Kim is a 30-year deal lawyer. His practice focuses on representing domestic and foreign companies, financial institutions, funds, serial entrepreneurs, and high net worth individuals in corporate and real estate transactions and related financing with special emphasis on cross-border deals within the 50 states and internationally. Kim’s deals in the 50 states involve foreign buyers, PEs, and banks. Frequently, he is brought into PE transactions as corporate counsel, on the other side of the PEs.

Among Kim’s largest and most significant deals has been investee-side representation of a green energy company in raising over $150 million through four rounds of equity financing. Greatly influenced by the 1992 Los Angeles riots, which took place as he was graduating from UCLA School of Law, Kim has dedicated all of his significant pro bono hours to assisting the greater Los Angeles community in issues of civil rights and race relations.