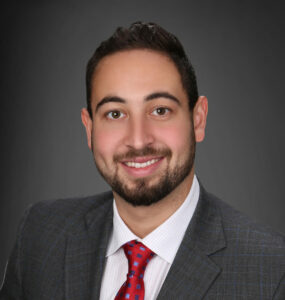 Joshua Berger is, and has been, a top producer at Kidder Mathews over three
consecutive years and continues to show progress and improvement in earnings for the company. In 2020 and 2021, Berger received Kidder Mathews’ “Big Hitters Award” after completing 56 deals over two years totaling $177 million in sales. Throughout his seven-year career, he has sold over $500 million in retail space throughout the United States.

Berger’s specialty is in the sales and advisory for net leased investment properties with a large focus on restaurant and pharmacy leased properties nationwide. He uses his extensive knowledge and contacts with many of the nationally branded tenants, which provides him the power to influence the market and have a competitive advantage over the other agents in the field. In addition, Berger is proud to lead a net lease division team in the West Los Angeles office.