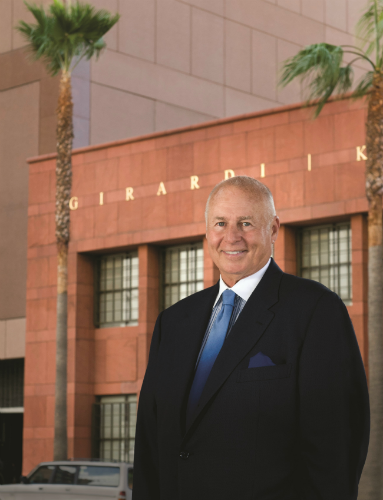 Widely regarded by his peers as one of the nation’s top trial lawyers and with nearly 50 years of experience representing victims, Thomas V. Girardi has obtained numerous multi-million dollar verdicts and settlements, handling claims involving wrongful death, commercial litigation, products liability, bad faith insurance, and toxic torts. Girardi has defeated pharmaceutical giants Merck, Vioxx, the Los Angeles Dodgers, just to name a few. He has obtained more than 30 verdicts of $1 million or more and has handled more than 100 settlements of $1 million or more. Girardi is also the first trial lawyer to be appointed to the California Judicial Council, the policymaking body of the state courts. He has received numerous distinctions for his knowledge and experience as a trial attorney. Last year he was selected as Business Innovator of the Year, Top Attorney of the Year, and Top National Consumer Trial Attorney of the Year by the IAOTP.