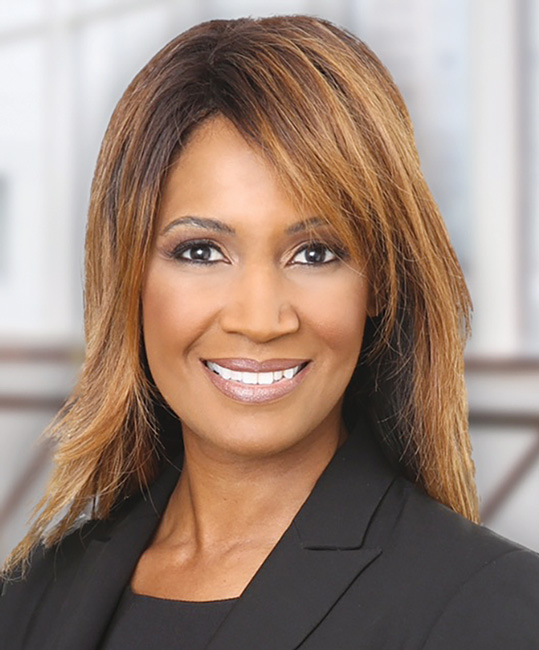 To get an expert view on the region’s economic outlook, the Los Angeles Business Journal turned to Carmen Cole, Principal of Polsinelli LLP.

Cole: The affordable housing crisis has a significant and lasting negative impact on employers because it deters top talent from entering the Los Angeles job market. This creates higher costs for recruitment and retention of employees and can give prospective employees the upper hand in negotiating and comparing job offers. To compete and win, LA employers have had to pay an ecomomic price by “sweetening the deal” i.e. offering special hiring packages, signing bonuses and subsidizing transportation and relocation costs in order to bring the best and brightest workers into the market and, more importantly, keep them here.

In what ways does the wage gap between men and women workers and pay inequity effect the economy?

Cole: Despite being paid less, women’s earnings are increasingly important to the economic stability of families. It is the norm for households in LA to have a breadwinner mother, who is either a single mom who heads the household, or a married mom who substantially contributes to the household earnings. The direct effect of the wage gap on women head-of-household families is less money and more poverty, which impacts us all. To put the economic impact in perspective, the Institute for Women’s Policy Research released a report and briefing paper that stated that the U.S. economy would have produced income of $512.6 billion more if women received equal pay. (Source: The Impact of Equal Pay on Poverty and the Economy by Jessica Milli, Ph.D., Yixuan Huang, Heidi Hartmann, Ph.D. and Jeff Hayes, Ph.D., published April, 2017)

What are the long term effects of Los Angeles’ designation as a “sanctuary city” in terms of growing or slowing the economy?

Cole: Widely available literature, including studies published by the Center for American Progress and National Immigration Law Center, shows that sanctuary cities, like Los Angeles, statistically have higher median household income, less poverty, less reliance on public assistance, higher labor force participation, higher employment-to-population ratios, and lower unemployment. An analysis of the objective data from Immigration and Customs Enforcement (ICE), on which the literature is based, supports the idea that when law enforcement focuses more on the safety of all residents, than on ICE detention enforcement, regardless of immigration status, communities see significant economic gains.

What trends are you seeing in the market that will affect your business in Los Angeles?

Cole: The increasing phenomenon in the growth of wage & hour litigation shows no signs of slowing down. I think this trend will continue to affect businesses indefinitely because of the increase in worker awareness. It used to be that this kind of litigation was only on the radar of specialists. But these days, wage & hour issues are front-page news. The widespread public attention (and fascination) around how employees are classified and paid continues to contribute to the increasing number of lawsuits that are filed against employers in this area. The cost of defending these cases and, if there is liability, settling the claims, paying penalties, etc. can have the devastating effect on business owners of forcing them to close their doors.

The minimum wage in Los Angeles is set to increase to $15 by 2020. California is setting precedents for having the highest minimum wages in the United States. What impact do you anticipate this will have on your customers?

Cole: My suspicion is that giving pay bumps to low-wage earners will actually improve the economy because it will provide more disposable income, which will then enable them to spend more. Even if retailers and restaurants are forced to raise their prices to cover higher labor costs, the likelihood is that those costs will be offset by increased revenue generated by consumer spending. I also suspect that employers will save money on turnover of employees because higher wages tend to keep workers in their jobs longer and make them more productive, thereby reducing the hidden costs of recruiting, hiring and training. Decreased turnover combined with increased productivity is a recipe for boosts in sales and revenue.

In terms of issues that impacted their businesses – from the workforce, housing shortage to healthcare to financing and taxation – What’s keeping your clients up at night this year?

Cole: Los Angeles employers are faced with the daily challenge of simply achieving and maintaining compliance with the ever changing labor and employment laws in California. And it’s not just complying with complex state law. Rather, there are a variety of local ordinances that differ substantially from California state legislation, creating yet another layer of compliance for Los Angeles employers that is nearly impossible to keep up with without the assistance of experienced employment counsel. The rising cost of necessary legal fees has become an inevitable “cost of doing business” even for the small, “mom and pop” employer who needs to avoid wage and hour labor code violations and comply with local paid sick leave ordinances, for example. The consequences of non-compliance could put an employer, especially a small one, out of business. Getting and remaining compliant, while simultaneously making a profit is an ongoing pressure that keeps General Counsel, executives, and business owners wide awake at night.

What are the biggest challenges in doing business in Los Angeles compared to other markets?

Cole: California is probably the least “friendly to business” state when it comes to doing business as an employer due to the complexity of employment laws, high employment related taxes and the cost of workers compensation and employment practices liability insurance. Add to that the sky high cost of living in Los Angeles, high city taxes, and how hard it is to physically get anywhere (e.g., limited public transportation, traffic congestion, sprawling geography) and Los Angeles becomes a challenging place to do business, no doubt. But the biggest challenge to doing business in Los Angeles as I see it, is pure competition – competition between businesses, but also competition for talent. It is not uncommon for Los Angeles employers to overpay for employees, which has the negative effect of artificially driving up salaries to unsustainable levels.

Carmen Cole is a labor & employment attorney with Polsinelli LLP with prior experience as a Human Resources professional who represents global companies, businesses and professionals. She has successfully defended employers in litigation under state and federal anti-harassment and anti-discrimination statutes, as well as defended against common law claims for wrongful termination, wage and hour violations, worker misclassification, breach of contract, defamation, invasion of privacy, and other employment-related torts.