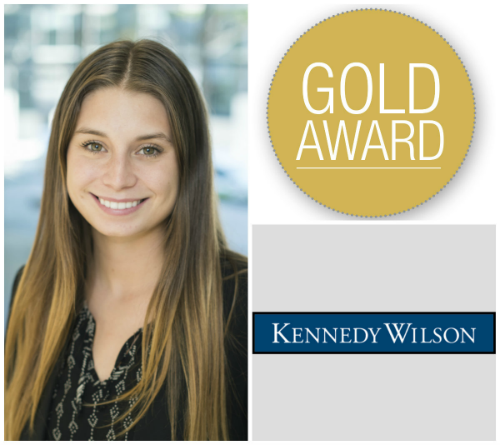 Marin Koper is a licensed sales associate in Kennedy Wilson’s L.A. brokerage division. She first came to Kennedy Wilson as a summer intern in 2017 and stayed on part-time during her final year while studying at USC’s Price School of Public Policy. She graduated in 2018 with a B.S. degree in Real Estate Development. As an urban retail leasing expert with 23 current listings across Greater Los Angeles, Koper completed her first full year of brokerage in 2019 with 14 transactions valued at $8,132,088. In addition to her brokerage work, she was an active member of the International Council of Shopping Centers’ NextGen group where she contributed to several networking events. She is also an active member of the USC Alumni Association.

Among the highlights from Koper’s 2019 transactions include the pre-leasing at Millennium Santa Monica. Representing developer Dinerstein, Koper identified popular Beverly Hills eatery Chaumont Bakery & Cafe as an ideal tenant for Millennium Santa Monica, a new mixed-use development on Colorado Ave. Chaumont signed on to the project in early 2019 to launch is second location, well in advance of the development’s scheduled opening in late 2020.