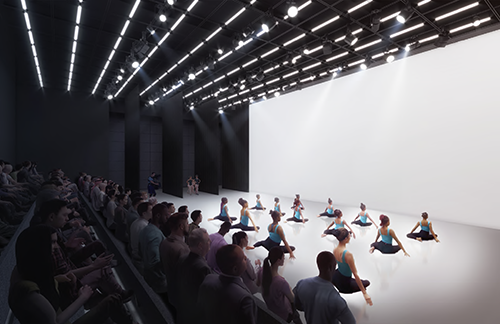 How dancing is moving us to recover from the pandemic

Debbie Allen and Norm Nixon are one of Los Angeles’ true power couples. Allen has made her mark in Hollywood as a celebrated dancer, producer, actress, choreographer and director earning three Emmy Awards, a Golden Globe, and multiple Tony nominations. While Nixon, an accomplished NBA veteran of the famed Showtime Lakers, has since been a long-time fixture on local Southern California television screens.

Together they co-founded the Debbie Allen Dance Academy (DADA) in 2000. According to Nixon, the non-profit Academy was created to lift up and inspire young students of color in part because when Allen was a young girl it was dance that kept her believing she could overcome obstacles of segregation and racism and lack of opportunity.

In the 20 years since its opening, the Academy has become a globally renowned organization. It is committed to expanding the reach of dance and theater arts to students from inner city neighborhoods not just here in Los Angeles but from around the world. Over this span they have taught and changed the lives of hundreds of students.

When looking back at the Academy’s impact on its students, Nixon says, “It's really about the kids and how we’re training the next generation. It's very empowering for anyone to watch.” 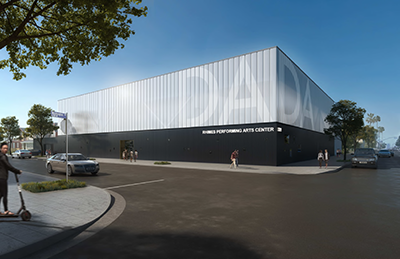 The work has paid off. According to Nixon, alumni from the Academy have emerged not only into the world of dance and entertainment but also into other professional fields near and far.
“Our students are all over the world. We have students who have grown up to become doctors. One of our former students is now leading the official Israeli dance program. Some of our students are choreographing with Justin Timberlake and they have been dancing with Mariah Carey. And some of our students have earned university scholarships with the Boston Conservatory, Fordham, Yale among many others,” boosts Nixon.

Unfortunately COVID-19 has not spared the Academy entirely.

In March, the pandemic forced the Academy to shut its physical doors to its full-time students. The Academy’s annual fundraising gala and performance, “The Hot Chocolate Nutcracker” had to be cancelled.

And the opening of the Academy’s new campus and headquarters on the corner of Western and Washington in Koreatown, may be delayed into the first quarter of 2022.

But like the Academy’s own founding principles, it was well prepared to overcome these obstacles. 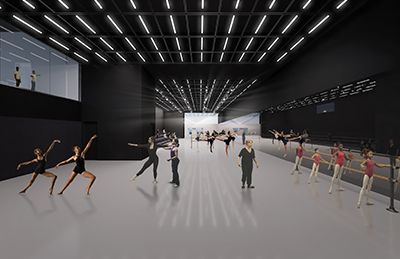 Nixon says the Academy adapted immediately to the pandemic by transforming its performance spaces into virtual studios overnight. Since the spring, the Academy has hosted weekly virtual dance classes on Zoom and Instagram. And the Academy has provided hotspots to its students without internet access so that no one under its watch would struggle with accessibility issues.

And in lieu of the “Nutcracker”, last month the Academy hosted a socially distanced 20th Anniversary Celebration and fundraising performance in the Rose Bowl’s parking lot where 300 cars arrived to see performances by students, alumni and friends of Allen and Nixon. All for the purpose of continuing to teach and inspire Los Angeles’ next generation to dream big.

Nixon says, “We use dance as a game changer to face any challenges or fears and not feel alone. Dance is a transformative art, and it will give confidence and creativity to those who study, and for those who watch, it will give them joy.”