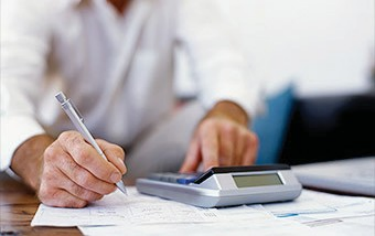 CFOs work closely with CPAs and the collective CPA community has a number of insights that may be of interest.

Staff recruitment remains the top issue for most CPA firms, while growing tax complexity and risk management regarding privacy and data security are rising challenges, new research by the American Institute of CPAs shows.

“Finding qualified staff” was the No. 1 issue for every firm-size segment except sole practitioners, according to the 2019 PCPS CPA Firm Top Issues Survey, sponsored by the AICPA’s firm practice management section. That matches the topline results from 2017, the last time the survey was conducted.

One issue that is becoming more pressing for firms is keeping pace with tax law changes and complexity, partly a reflection of the recent impact of the federal Tax Cuts and Jobs Act of 2017. And concern over cybersecurity and data breaches for both CPA firms and their clients vaulted “managing privacy/security risks” into the Top Five rankings for all firm size segments.

“One factor in the increased focus on privacy and security is better overall awareness of risk in this area, both for CPA firms and business in general,” said Carl Peterson, the AICPA’s vice president of small firms. “At the AICPA, for example, we’ve created a cybersecurity toolkit for firms, put together an online resource center and taken other steps to keep these topics front and center.”

The Private Companies Practice Section (PCPS) CPA Firm Top Issues Survey is conducted every two years and results are segmented by firm size, since the perspectives of a small-firm CPA are often substantially different than those of a practitioner employed by a Top 100 firm. The firm segment lists often reveal trends across the profession, however. Survey respondents are asked to rank the impact of a host of issues among seven practice areas on a 1-5 scale, with one being “minimal” and five being “extreme.”

In previous years, survey takers were then asked to pick their top five issues from among their highest-scoring items. For the current survey, that step was eliminated in favor of a true weighted-average system, so previous year comparisons – while still directionally valid – are not exact benchmarks.

One category that has slipped somewhat in the current Top 5 listings is succession planning. In 2017, it made the cut for every segment except the largest firm category of 21 professionals or more. This year, it was ranked that way by only two out of five segments.

As in 2017, survey respondents were asked to rank eight issues anticipated to have the greatest impact on firm practice operations over the next five years. Staffing was again the top answer for all segments but sole practitioners, who ranked “changing client needs” No. 1. Changing client needs was No. 2 for all other firm segments except the largest one, which ranked it third.

The profession is already taking steps to meet those new needs, Peterson said, pointing to the shift in advisory services such as integrated tax and life planning, client accounting services, sales and use tax compliance, as well as initiatives to evolve the audit.

Survey results were announced at AICPA ENGAGE, one of the leading conferences devoted to accounting and finance in North America.