2019 Women’s Council & Awards: Share of Women Working in Construction Trades in 2018 is the Highest in 20 Years 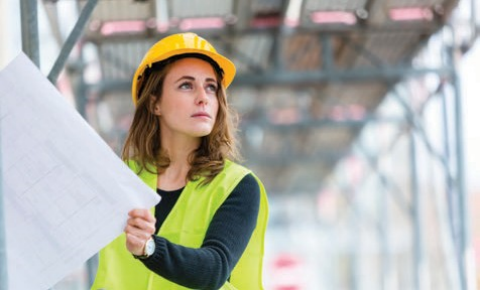 Between 2017 and 2018, the number of women working in construction trades increased by 17.6 percent, rising to well over a quarter of a million women (276,000), according to a new analysis from the Institute for Women’s Policy Research (IWPR). This growth is nearly five times faster than job growth of 3.7 percent in construction occupations overall.

The share of women working in construction trades in 2018 is the highest in twenty years, but women remain strongly underrepresented in the trades: fewer than one in twenty (3.4 percent) of construction trades workers in 2018 were women. The only other time since 1999 when the share was above 3.0 percent was in 2006. Even when administrative and back office staff working in construction are included, women were fewer than one in ten (9.9 percent) workers employed in the sector.

“In 2019, women’s stark under-representation in these well-paid jobs is disconcerting, but it is very encouraging to see such strong growth in the number of women entering the construction trades. The industry still has more work to do to attract and retain women in these jobs and create a work environment that is welcoming to all workers, regardless of their gender, race, or ethnicity. Women-focused pre-apprenticeship programs and tradeswomen organizations are doing great work to help the industry adapt to a changing future of work.”

The Institute for Women’s Policy Research (IWPR) is a 501(c)(3) tax-exempt organization that conducts and communicates research to inspire public dialogue, shape policy, and improve the lives and opportunities of women of diverse backgrounds, circumstances, and experiences.