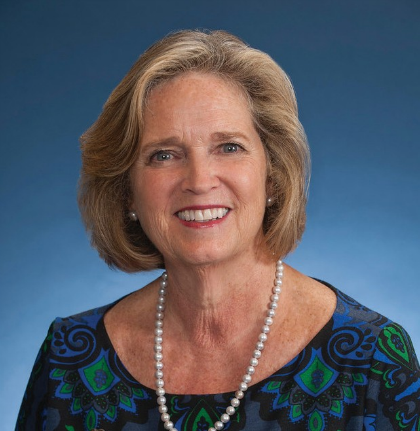 Lise L. Luttgens was appointed the first chief executive officer of Girl Scouts of Greater Los Angeles (GSGLA), assuming her role when the six Los Angeles-area legacy Girl Scout councils merged in December 2008. Since then, Luttgens has brought a renewed sense of growth and stability to the Girl Scouts movement and a strong sense of community and collaboration to the council. She leads a strategic vision for a reinvigorated Girl Scout presence in greater Los Angeles and is keenly focused on building a strong, passionate council that effectively serves nearly 47,000 girls and more than 25,000 adult members.

Luttgens’ GSGLA career has been featured in Women Leaders at Work: Untold Tales of Women Achieving Their Ambitions by Elizabeth Ghaffari (2011) and in December of 2012, PBS SoCal selected her as a Community Champion and featured her as a special guest in the PBS documentary MAKERS: Women Who Make America.

Previously, Luttgens was principal and founder of Luttgens & Associates, Inc., an executive coaching and consulting firm specializing in nonprofit and health care organizations in transition. In her consulting capacity, she served as interim CEO of Ronald McDonald House Charities of Southern California and as chief operating officer for the Fulfillment Fund serving students in the L.A. Unified School District. Prior to that she served 30 years as a hospital administrator, including chief roles at Children’s Hospital Los Angeles (CHLA), Doheny Eye Hospital, and Doheny Eye Institute at the USC-Keck School of Medicine.

As Luttgens has announced that she is planning to retire this year, it seems fitting to celebrate her remarkable career and achievements, as well as her tireless dedication and contributions to the Girl Scouts with this Lifetime Achievement Award.