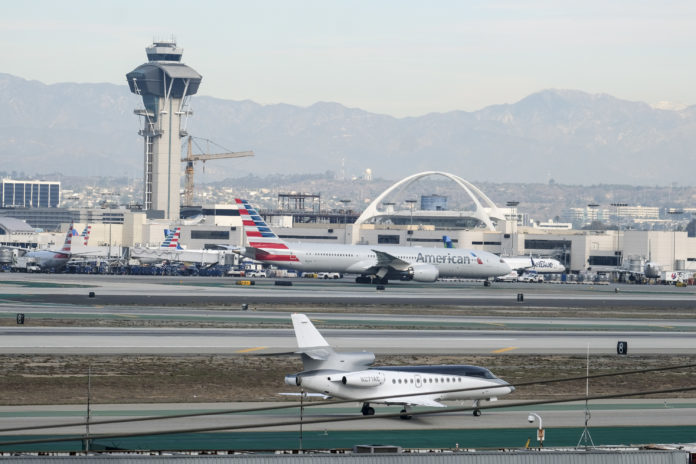 Comparing with pre-pandemic travel, the January passenger totals were down 38.7% from January 2019, with Ontario showing the biggest rebound and LAX lagging behind.
Ontario Airport’s total of nearly 340,000 passengers in January was down 14.5% from January 2019, meaning the airport in January had clawed 85% of the way back to pre-pandemic travel levels for the same month.

“Ontario International remains an appealing airport for airlines and air travelers while being a leader among California airports in its recovery from the Covid-19 pandemic,” Jim Bowman, Ontario City Council member and Ontario International Airport Authority commissioner said the in the airport’s announcement of January traffic levels.

The picture was not as bright at LAX – by far the largest of the four airports serving the L.A. County market – where November passenger traffic was 3.96 million, down 41.5% from January 2019. The domestic passenger count of 3.09 million was down 34% from January 2019, while the international passenger total of 867,000 was down 58.3% from three years ago.

“Coming off of the strong winter holiday season, the surge in Covid-19 cases had a noticeable impact on flights and passengers, but we still saw positive growth compared with January 2021 and see signs of significant recovery as we look ahead this year,” said Justin Erbacci, chief executive of Los Angeles World Airports, the city agency that runs LAX.

“While the airlines are adding additional flights for an anticipated increase in spring and summer travel seasons, we are keeping a close watch on the terrible situation in Ukraine, which may impact international travel. The need to re-route aircraft will impact the timing and cost of some flights, and the increased cost of jet fuel will have a significant impact on airline bottom lines, and perhaps on operations and fares.”