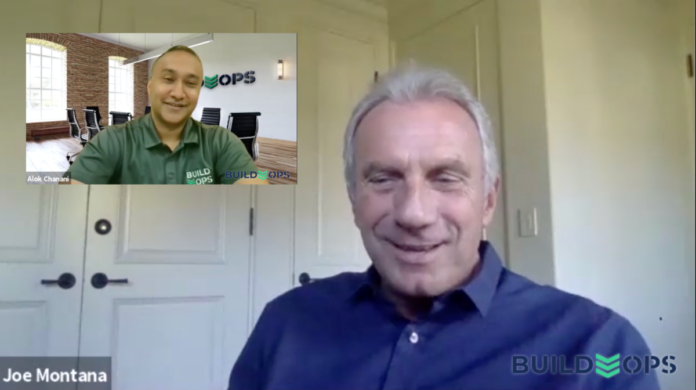 BuildOps, an all-in-one software program built specifically for commercial building contractors, has secured $43 million in Series A funding.
The funding for the Santa Monica firm was led by Next47, a global venture capital firm backed by Siemens specializing in B2B technology companies.

The BuildOps program integrates scheduling, dispatching, inventory management, contracts, workflow and accounting into a single software suite for commercial contractors.
“At BuildOps, we are on a mission to bring a true all-in-one solution on the latest technology to the people who keep America’s hospitals, power plants and commercial real estate running,” said Alok Chanani, BuildOps co-founder and chief executive in a statement.

“We are privileged to be working closely with some of the country’s top commercial contractors.”
The company has seen triple-digit growth over the past several years and expects its software to serve as an indispensable tool to drive efficiencies.

“I have witnessed the construction and commercial contractor industry transform as a result of emerging technologies, just as I did at Microsoft when I helped lead cloud strategy for Outlook & Exchange,” said Steve Chew, BuildOps co-founder and chief operating officer, in a statement. One backer of BuildOps — Liquid 2 Ventures — has as its managing partner football legend Joe Montana.

“Liquid 2 Ventures has an investment thesis in supporting America’s working class and I just love the idea of making their lives far easier and better,” Montana said in a statement. “BuildOps’ exponential trajectory validates the extraordinary need for a modern, cloud-based solution built for the commercial contractor,” said Next47’s General Partner Matthew Cowan in a statement.

“Before BuildOps, commercial contractors didn’t have great options for software to run the entirety of their business in a robust manner. We are beyond excited to have an opportunity to work with and serve those that keep this country running through BuildOps’’best-in-class technology. Alok, Steve and the incredible team at BuildOps are truly solving large-scale, real-world challenges and we could not be prouder to be supporting them in this extraordinary endeavor.”