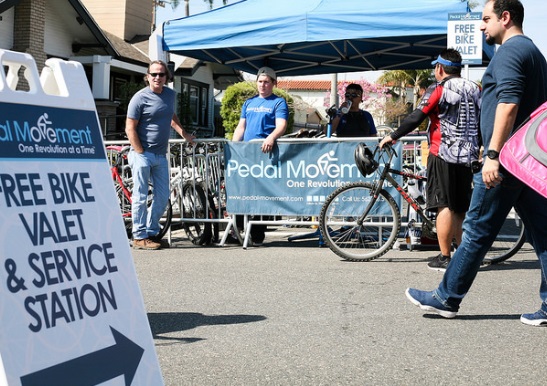 Long Beach-headquartered Pedal Movement will operate the City of Long Beach’s bike share program for a sum of $1.3 million for the year of operations.

The contract, which Pedal Movement won in a bidding war against several other companies it declined to disclose, comes with an option to renew for an additional three years. In total, if Pedal Movement pursues the entire contract, it could net an estimated $5.2 million for operating and maintaining the bike share program, according to a company spokesman

Long Beach launched the bike share program in March 2016 and currently operates 400 bicycles 24 hours per day. The program has over 30,000 members and plans to expand to 1,000 bicycles in “the near future,” according to a press release.

Pedal Movement was founded as a community group in 2008 and incorporated in 2016. The company spokesman noted the firm has a tight relationship with Uber Technologies Inc., as Uber’s subsidiary Jump makes the bikes utilized by Long Beach’s bike sharing program. Uber, therefore, did not bid on this current contract, which Pedal Movement officially won in Sept. 2018 after “offering basic operations and maintenance services for the program in Aug. 2017.” Long Beach is already home to Razor USA, the Cerritos-based scooter manufacturer which launched its own dockless e-scooter fleet in the City December 2018.