Industrial properties are hot. Even before the pandemic, the asset class was incredibly desirable, but it is even more so now as the promises of fast shipping, the rise of ecommerce and a need to have goods nearer to customers have put more pressure on the tight market.

During the first quarter of the year, the industrial vacancy rate in L.A. County tightened to 0.6%, down from 2.9% the previous year, according to data from Jones Lang LaSalle Inc.
Asking rents were $1.44 a square foot on a triple-net basis, up 45 cents in a year, the brokerage found.

Some developers are looking at building new properties to keep up with that demand.
One of the largest local companies considering development is Brentwood-based Rexford Industrial Realty Inc. The company currently has around 40 projects in the pipeline and is working on both ground-up projects as well as value-add ones.

Jon Reno, a managing director at JLL, said he was seeing a lot of “last-mile, high thoroughfare, low coverage sites” in L.A. with lots of loading docks and bigger-box industrial sites in the Inland Empire.
Still, there’s a relatively small pipeline in L.A. considering the demand.

Carlos Serra, executive vice president of development at Rexford, said the company was very interested in both developing and acquiring new properties. When analyzing if it makes sense to upgrade an existing building or start from scratch, Serra said Rexford looks at how friendly the area is to developers, environmental issues, existing tenants, the submarket, proximity to the ports, what other supply there is in the area and more. And sometimes plans change due to the competitive market.

“We do have many examples where we are going down the path of redeveloping and a tenant says we’ll take a building as is with minimal investment,” Serra said.
Development, experts agree, can be a slow process, one that can come with a number of problems.

Serra said supply chain issues are making it difficult to secure necessary building materials in a timely fashion. For example, panel roofing that used to take four to six months to procure is now taking closer to 18 months, he said, and the prices of the materials have tripled.

Getting projects approved can also take a long time depending on the submarket.
Some areas don’t like industrial properties because of the perception that they lead to an increase of truck traffic in the area and are unattractive. This, Reno said, is not true of modern properties, which often are greener and can be serviced with smaller vehicles, as opposed to the larger trucks operating in the Inland Empire and at bigger warehouses.
But perhaps the top challenge, especially with ground-up development, is the lack of available space.

“There’s no land,” Reno said of infill Los Angeles.
A lack of land has caused tenants to go out to the Inland Empire for bigger warehouse spaces, while maintaining smaller, last-mile facilities in infill L.A.

“There’s always been an abundance of development in the Inland Empire,” Paz said. “That has gone down a bit over the last couple of years in light of the fact that the market has matured and filled in and there are very few new development opportunities.”

Reno said the area was in a “healthy place right now in terms of development” while L.A. is “severely behind on supply, in new development to keep up with the modern age of the supply chain and what’s needed.”

But developers and brokers see a bright future.
“We’ve always looked for great opportunities,” Serra said. He added that Rexford doesn’t carry a lot of debt, which would help it continue to acquire and develop projects. Rising interest rates, he said, could be an issue for other developers.

“We’re still pretty confident in developing even if there’s a slow-down because the vacancy rates are near zero in most markets or less than 1%, which lends itself to a good development market,” Serra said.
Rexford, he said, is also evaluating older buildings in its portfolio for redevelopment opportunities.

Paz expects continued development of industrial assets, but at a slow pace, especially as the availability of land decreases.
“The average time to get a project approved with industrial- zoned land is somewhere in the two- to the three-year window,” he said. “It creates a staggered, slower pipeline and what we’ll find is that there will be continued development in the next couple of years at a slower pace.”

Still, Reno expects demand to be high.
“We’re in the infancy stages of e-commerce and the supply chain,” he said. “It’s continuing to evolve and we have a runway of another 10 to 15 years at least.

“There is so much opportunity to continue to grow with the new modern supply chain in greater Los Angeles,” he added. “I don’t see that demand waning at all. If you look at the vacancy rate, we’re basically at a sub-1% vacancy rate … it tells me there’s no vacant space and we still continue to see tenant demand.” 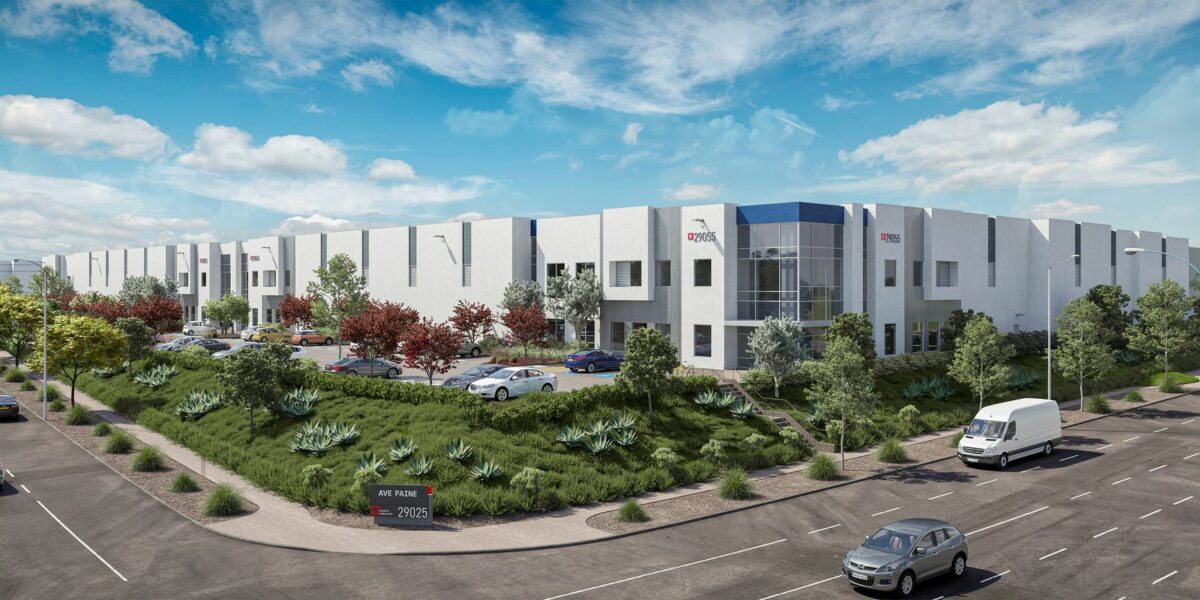 Prologis is working on a facility in Downey with 70 cross-dock doors. It sits on more than 6 acres and is expected to be completed later this year.
Developer: Prologis
Address: 12021 Woodruff Ave., Downey

Pico Rivera-based Chalmers Equity Group purchased a site in La Verne that it plans to turn into a multi-tenant industrial warehouse with more than 74,000 square feet of space. It is expected to be completed in 2023.
Developer: Chalmers Equity Group
Address: 1510, 1520 and 1530 N. White Ave., La Verne

Pico Rivera-based C.E.G. Construction is working on four buildings with office and warehouse space in South L.A. In total, the buildings will have 400,000 square feet of space on 13 acres. It will be completed later this year.
Owner: PIMA
Address: 4051 Alameda St., South L.A.