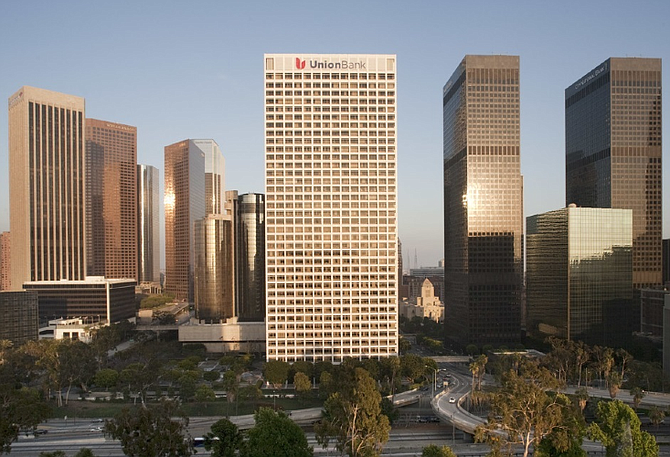 Minneapolis-based U.S. Bancorp has agreed to buy MUFG Union Bank’s banking franchise from its Japanese parent for $8 billion in cash and stock, creating a behemoth operation in Los Angeles County.

While the corporate headquarters for MUFG Americas Holdings Corp. and MUFG Union Bank is in New York, Union Bank has always held a sizable and strong financial presence in Los Angeles.

In Los Angeles County, the combined organization brings to the table more than 170 branches, and billions in assets, deposits and commercial loans.

Of Union Bank’s 291 branches across the Western United States, 60 are located the L.A. County area. The bank has $9.4 billion in deposits and $2.3 billion in loans locally, according to a spokesman for the bank.