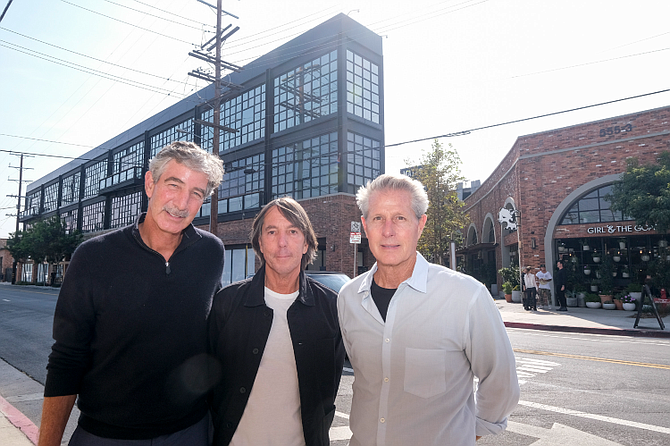 Principals Dan Blatteis, Robert Schnur and Marc Guth in front of At Mateo.