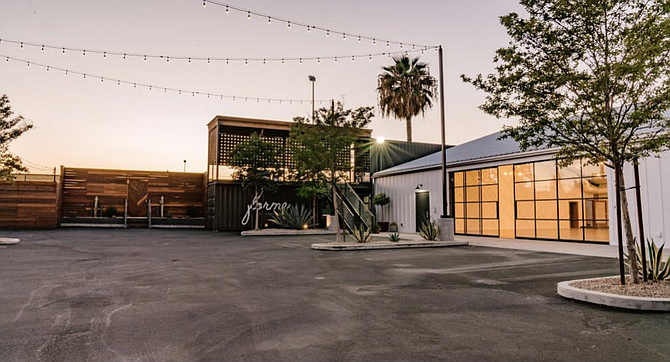 Montana Avenue Capital Partners is branding the property as The Foundry. The company has plans to upgrade the buildings and outdoor amenity spaces.

The Burbank office market is in high demand due in large part to being home to media companies including Walt Disney Co. and Warner Bros.

During the third quarter of 2021, the Burbank office market saw a vacancy rate of 7.4%, which was the lowest of any market in L.A., according to data from Jones Lang LaSalle Inc.

JLL also found that the asking rate for Class A properties during the quarter was $4.32 a square foot, up 57 cents in a year.

And there have been a few other noteworthy sales in the area.

The units include 41 three-story townhomes with two-car garages, making it the only rental property in Burbank with townhomes larger than 1,500 square feet, according to Clarion and Cityview. The two companies are planning to upgrade the property units and amenities.

When completed, it will have 573 apartment units, 69 of which will be affordable units. Financing was provided by BMO Harris Bank and Citizens Bank.