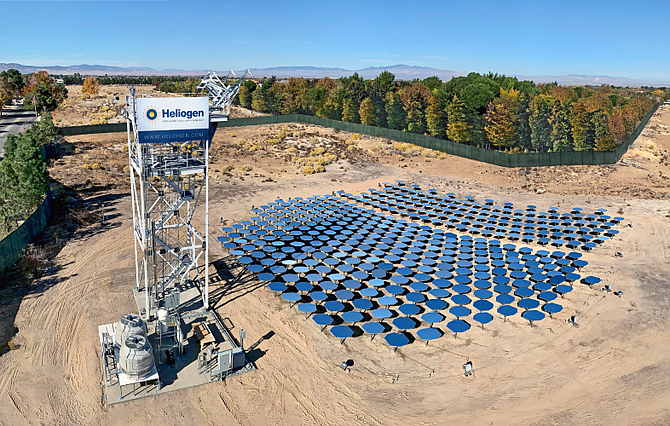 HEADQUARTERS: Santa Monica and Philadelphia
FOUNDED: 2013
BUSINESS: Flat-rate residential subscription service for renewable energy
CEO: Patrick Maloney
EMPLOYEES:140
FUNDING TO DATE: $38.2 million
ABOUT THE COMPANY: Inspire Energy was founded by Patrick Maloney in 2013. The company offers customers a flat monthly rate for electricity, regardless of how much they use, from renewable sources. The company is a certified B Corp, meaning it is legally required to consider its impact on the environment, and has headquarters in Santa Monica and Philadelphia.
Inspire was acquired by Royal Dutch Shell’s renewable energy subsidiary, Shell New Energies U.S., in September for an undisclosed sum. Inspire now operates as a separate subsidiary of Shell, keeping its headquarters, executive team and employee base.
“The planet is at a critical juncture and significant climate action is necessary,” Maloney said in a statement about the acquisition. “I am confident that, together with Shell, we will make the kind of impact needed to help mitigate the carbon emissions associated with the energy consumption of our customers.”HEADQUARTERS: Venice
FOUNDED: 2010
BUSINESS: Energy-efficient shopping tool
CEO: Matthias Kurwig
EMPLOYEES: More than 75
FUNDING TO DATE: $5.5 million
ABOUT THE COMPANY: Enervee Corp. was founded by Don Epperson and Matthias Kurwig in 2010. Enervee operates marketplaces to help shoppers make more energy-efficient choices. The company makes energy efficiency visible on every product it lists on its platform, scoring each one and comparing it to other similar products. It primarily provides comparison scores for home appliances and cars.
Enervee also recently launched a financing program to help buyers afford energy efficient appliances in partnership with financial tech lender One Finance Inc., tech retailer Best Buy Co. Inc., Southern California Gas Co. and the state of California.
“The new Enervee commerce platform represents a major evolution from previous online stores provided by utilities,” Kurwig said in a statement.

HEADQUARTERS: Fairfax
FOUNDED: 2014
BUSINESS: Upcycled products
FOUNDER:  Jennifer Silbert
EMPLOYEES: More than 6
FUNDING TO DATE: More than $30,000 (bootstrapped)
ABOUT THE COMPANY: Rewilder upcycles post-industrial, nonrecyclable materials from landfills into zero-waste products. It operates as a research and development “design lab,” said Jenny Silbert, the company’s co-founder and chief executive, where it partners with large companies to reuse materials in their supply chain. Some of the company’s partners include the Los Angeles Rams and Walt Disney Co.
Rewilder is developing Rewilder ReSupply, a distribution platform that will give corporations, institutions, and independent businesses and designers access to upcycled materials.
“Our mission is to find the wealth and waste,” said Silbert. “Our expertise is in sourcing and finding materials that otherwise people think are trash and giving those materials new life.”
The company is part of the L.A. Cleantech Incubator, a two-year program with a six-month curriculum teaching founders how to develop and scale their businesses.HEADQUARTERS: Venice
FOUNDED: 2019
BUSINESS: EV charging
CEO: Alexander Isaacson
EMPLOYEES: 13 (LinkedIn)
FUNDING TO DATE: $14 million
ABOUT THE COMPANY: Xeal provides electric vehicle charging stations for apartments, condominiums and workplaces. The company’s chargers work without Wi-Fi, using Apollo, its offline connectivity protocol. The company was founded in 2019 by Alexander Isaacson and Nikhil Bharadwaj and launched
Apollo in July.
In its two-year history, Xeal has gained major real estate clients including Lincoln Property Co., Greystar Real Estate Partners, Toll Brothers Inc. and Bozzuto Holdings. In late October, the company announced it raised $14 million between Series A and seed funding rounds.
“We have developed a purpose-built solution for the built environment that will unlock the electrification of thousands of parking spaces across multifamily, commercial and retail,” Bharadwaj said in a statement. “However, this is just the tip of the iceberg for Apollo, as it will trigger an evolution of blockchain for many more shared (internet of things) devices and industries.”