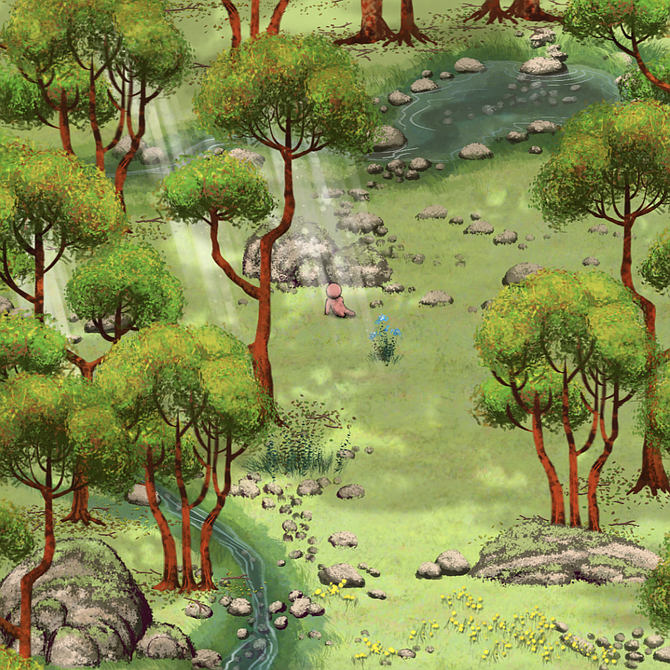 Topia announced the round on May 26. It was led by Seven Seven Six, the Florida-based venture fund founded by Reddit co-founder Alexis Ohanian. Santa Monica-based Bonfire Ventures also participated.

“We’ve actually had a pretty lean team so far, and we’re raising … resources to extend the team and really to grow Topia into the platform that we think it deserves to be,” co-founder and Chief Executive Daniel Liebeskind said in a statement.

Topia develops virtual meeting places where members can join “worlds” created by artists and designers. Users can move through the worlds using avatars while video chatting with other users they meet.

Topia launched in May 2020 in response to the pandemic. As people began to rely on virtual spaces like Zoom to meet, Liebeskind decided to push forward on an idea he had been working on, which became Topia.

“I essentially scrapped all the work that I was doing on my VR platform. Started from scratch in April, end of April, and built what is now Topia and had our first event basically three weeks after the first line of code,” Liebeskind said in an interview.

In its earliest days, Topia developed partnerships with the organizers of events to establish its name and start making money. In August, the company hosted a virtual event for Burning Man’s music festival, hosting 25,000 attendees.

The company’s goal is to turn its platform into a meeting place for developers to create communities where users can meet and talk in customized worlds.

Liebeskind says he sees the company as a sort of “comm-fluencer,” an influencer for people who cultivate discussions and seek places to communicate.

Another way Topia plans to encourage creators is through its marketplace, which launched May 26. Topia will split earnings with artists and creators who develop worlds on the platform.

“You actually make money from the platform just by bringing people together and that’s actually a very unique thing that we’re doing. And the commissions go to the world’s themselves,” Liebeskind said.