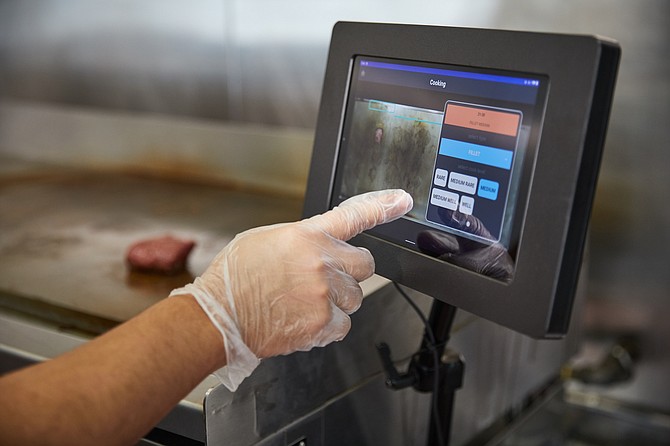 Miso Robotics Inc., developer of a burger-flipping robot called “Flippy,” announced May 4 that it will make the software behind its kitchen automation technology available to foodservice businesses as a standalone product.

The Pasadena-based company said its artificial intelligence-based CookRight software will be made available to restaurants through a subscription model. The software manages tasks in a kitchen to ensure food being prepared on a grill is fully cooked and that orders are processed as efficiently as possible.

According to Miso Robotics Co-founder and President Buck Jordan, the software is capable of identifying multiple orders, determining proper cook times and alerting cooks when items need to be flipped or removed from the grill.

“CookRight obtains unprecedented amounts of information on kitchen operations that have never been captured before — leading to better food for customers, a better workplace for kitchen staff and cost savings for restaurant owners,” Jordan said in a statement.

Miso Robotics launched in 2016 and recently raised more than $20 million through an equity crowdfunding campaign in support of its robotic tools for use in kitchens. Last year, the company announced a partnership with White Castle Management Co. under which its Flippy system will be installed at multiple locations of the fast-food chain.

The company said its new kitchen management software will include analytic tools to closely monitor orders and ensure items are being prepared in a consistent way. The software installation kit includes a camera and a small computer to monitor orders, the company said.