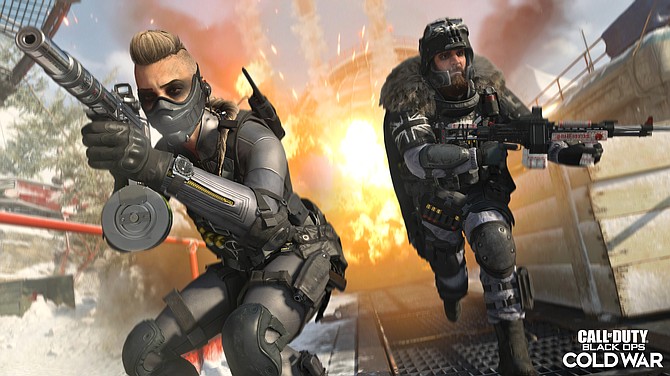 The year is off to a fast start for Activision Blizzard Inc., which beat analyst expectations in first-quarter earnings report.

The video game publisher’s share price shot up 4% in after-hours trading on May 4 as it reported revenue of $2.28 billion in the first three months of the year, up 27% over the same period a year earlier. Earnings per share reached 79 cents, up from 65 cents in the first quarter of 2020.

“This overperformance was well ahead of our expectations and confirms that our multiyear franchise strategy and continued execution is delivering value to our shareholders,” Chief Executive Robert Kotick said on a call with investors.

The immense popularity of the “Call of Duty” franchise continues to lead the company’s success with the latest title in the series — launched in November — driving massive player engagement.

The series attracted 150 million monthly players in the first quarter, a record for the franchise. Meanwhile, revenue generated through in-game purchases shot up 60% year over year.

Overall, Activision Blizzard games drew 435 million monthly players in the year’s first quarter, topping the 428 million players recorded in the second quarter of 2020 as video games surged in popularity during the early months of the pandemic.

Kotick said the company would seek to replicate the success of free-to-play and mobile versions of “Call of Duty” games with other key franchises.

In the meantime, he said the company had raised its full-year financial expectations. Activision Blizzard predicted revenue of $8.37 billion for 2021, which would represent a roughly 3.5% increase over the strong revenue numbers achieved in 2020.

The company said popular mobile title “Candy Crush” has also been a key to its recent success. Activision Blizzard purchased the game’s developer, King Digital Entertainment, in 2016 and reported that the studio’s games attracted 258 million monthly players in the first quarter.

In a call with investors, Chief Operating Officer Daniel Alegre said the company will continue to focus on expanding its mobile games offerings, including through the rollout of Android and iOS titles for all of the company’s major franchises.

“Mobile is just the ultimate driver of reach,” Alegre said. “We are really doing ourselves and our community a disservice if our games are not on those platforms.”