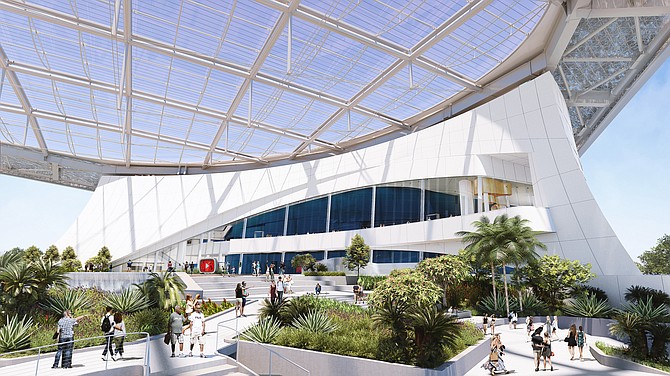 The YouTube Theater will host concerts, esports competitions, awards shows and other events once construction on the venue is completed in the summer of 2021.

Hollywood Park has reached agreement with YouTube on the naming rights for a new three-story, 6,000-seat indoor venue at the sports and entertainment complex in Inglewood.

The YouTube Theater will host concerts, esports competitions, awards shows and other events once construction on the venue is completed this summer.

The multi-year naming rights agreement is a first for San Bruno-based YouTube, which is owned by Google and has a expansive office in Playa Vista.

The YouTube Theater is part of the nearly 300-acre, mixed-use sports Hollywood Park development, which also houses SoFi Stadium, home to the Los Angeles Rams and the Los Angeles Chargers.

"When he set out to build YouTube Theater, Stan Kroenke envisioned an intimate, world-class venue that exemplified three core aspects: technology, creativity and entertainment. We cannot imagine a better partner to help us bring this vision to life than YouTube," Jason Gannon, managing director of SoFi Stadium and Hollywood Park, said in a statement.

Mountain View-based Google previously reached a deal with Hollywood Park to make Google Cloud the exclusive cloud partner of the teams and the stadium. 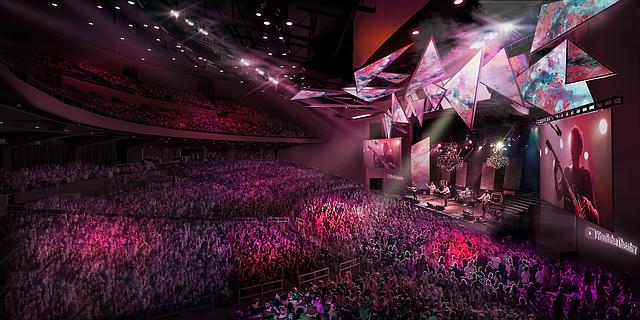 YouTube Theater at Hollywood Park will be a 227,000-square-foot venue featuring a 6,100-square-foot stage and six luxury boxes, as well as 140 premium seats.


Hollywood Park announced an agreement on June 14 with Beverly Hills-based Live Nation Entertainment Inc., granting the company exclusivity to book events at the theater. Artists such as Pitbull, Trippie Redd and Louis Tomlinson are already set to perform at the venue in 2021 and 2022.

“YouTube creators and artists are the heart of YouTube and YouTube Theater adds to the portfolio of opportunities to drive their creativity, build their businesses, grow their communities and so much more,” Angela Courtin, vice president of brand marketing at YouTube, said in a statement.