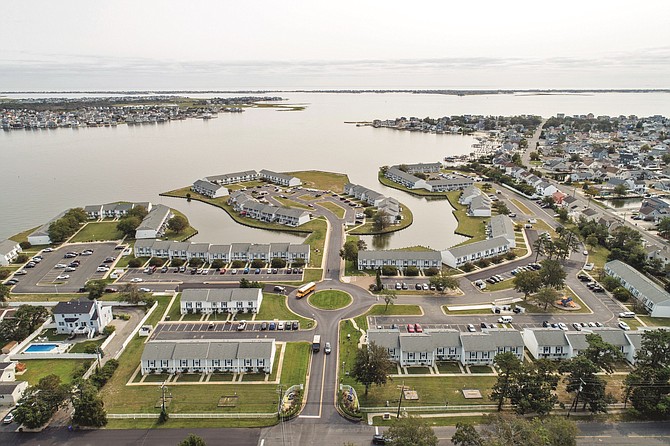 It is also the company’s first deal out of its New York office.

The property, known as Mariners Cove, sold for $60 million. It is located at 372-1 Kettle Creek Road in Tom’s River, N.J.

The community is situated on Barnegat Bay on the Jersey Shore, and 90% of its units offer water views. The property was built in 1972.

Mariners Cove was 98% leased at closing.

“We’re excited to step out of our backyard,” said Henry Manoucheri, chairman and chief executive of Universe Holdings.

The company is targeting multifamily assets in suburban markets in Pennsylvania, New Jersey, Delaware and Maryland with a goal of growing its East Coast portfolio to thousands of units in the next 24-36 months.

“We’re going to continue to give priority to other states besides California,” Manoucheri said.

Prior to the Covid-19 pandemic, Universe Holdings was focused on California. But it’s now interested in areas with fewer restrictions, he said.

“There’s no moratorium for rent collections in Florida. That’s lifted. In Texas, that’s not the case anymore. Here, the moratoriums and the possible extensions present us a real challenge in operations,” he said.

Barring any extensions, California’s eviction moratorium is set to expire at the end of June, but other states have already lifted their moratoriums.

Manoucheri added that the company was looking to buy “newer, well-amenitized properties” in desirable areas with a focus on suburban markets.
Universe Holdings is also looking for assets that are 200 units or larger.

Despite the company’s push to other states, it plans to remain in L.A.

“Ninety-five percent of what we own is here. We’re still selling, we’re still buying here in California, but we are less bullish than we were prior to the pandemic after having seen the effects of the moratoriums here,” Manoucheri said.

Universe Holdings recently opened an office in New York that is being run by Aaron Manoucheri, Henry Manoucheri’s son. According to the company, the office will allow it to grow its East Coast investor base and source acquisition opportunities.

It had been searching for investment opportunities on the East Coast for more than a year before purchasing Mariners Cove.

Universe Holdings, which was founded in 1994, has acquired more than 7,500 units valued at $1.5 billion. It owns and manages a $1 billion portfolio comprised of 2,600 multifamily properties in Southern California.

It isn’t the only local company to make a play in other markets.

Earlier this month Mid-Wilshire-based Decron Properties Corp. announced the acquisition of a 194-unit multifamily building in Tempe, Ariz., for $64.8 million. It was Decron’s second pickup in the area in the past six weeks.

A few years ago, Decron turned its focus beyond California, citing the state’s legislative environment and rent controls.

It purchased its first property in the Pacific Northwest in 2018, followed by other assets outside of California.