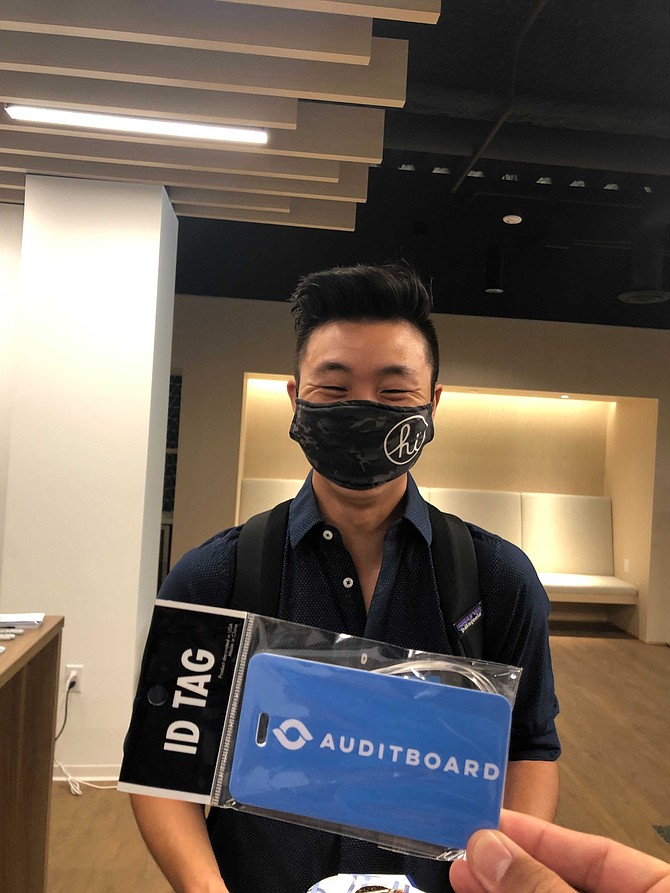 Of all the industries in Los Angeles, the tech sector was among the quickest to adapt to the pandemic.

Most companies in Silicon Beach, whether homegrown or headquartered elsewhere with large L.A. footprints, easily shifted their teams to remote work in the early days of Covid-19.

They rarely missed a beat in the transition, and many thrived as demand soared for their products and services over the past year.

Now, as businesses adjust to a world of increasing vaccinations and decreasing infections, Silicon Beach is again setting the bar when it comes to welcoming workers back to offices, embracing hybrid models and even offering “work from anywhere” options.

Though Los Angeles County allowed most businesses to fully reopen on June 15, several tech companies are moving at a slower, more cautious pace.

Santa Monica-based Snap Inc., Long Beach-based Zwift Inc. and Google’s Venice campus are among the tech operations that are targeting fall or later to reopen their offices.

Several companies are employing hybrid or optional in-person models. And most are using stringent safety measures for those workers who do come in, such as daily health questionnaires, consistent temperature checks and mask-wearing. Some are surveying employees to see how they prefer to move forward.

Snap, which employs 3,200 workers, doesn’t plan to require employees to work in-person for the foreseeable future. The company transitioned to a “virtual first” model in March, a Snap spokesperson said in an email.

Starting Sept. 1, Snap’s offices will be open in an optional capacity with employees reserving days in advance when they want to come in, as well as requiring face masks and physical distancing in the office. The company said it doesn’t plan to require workers to be vaccinated against Covid-19 at this point, a Snap spokesperson said in an email.

Google, which has 2,000 employees locally, has given all employees the option to work from home until September. In the meantime, it has opened some offices in a voluntary capacity.

After September, the company will move to a hybrid work model, with employees spending three days in the office and two days “wherever they work best,” the company said in a May blog post.

Employees will also be allowed to apply for completely remote work. The company will give each employee four “work from anywhere” weeks, it said.

Since offices have reopened in a voluntary capacity, Google said in the post that nearly 60% of employees have chosen to come back to their offices.

The company won’t mandate that employees be vaccinated against Covid-19, the company told the New York Times in May.

Facebook Inc., which has roughly 1,000 employees locally, is working to open its Playa Vista office at 25% capacity this summer. Starting in the fall, the company will move to a hybrid model that requires workers to be in the office at least half of the week.

Facebook will also grant each employee 20 days a year to work and travel at the same time. And starting in January 2022, the company will allow employees to permanently relocate to other countries that have Facebook offices.

“We’re on track to open most of our U.S. offices at 50% capacity by early September and likely reopening fully in October as long as the health data supports doing so,” Andrea Beasley, a Facebook spokeswoman, said in an email.

Fitness technology company Zwift, which employs more than 500 people, is also targeting September for its office reopening, Lee Readman, chief people officer for the company, said in an email.

Readman said Zwift will use a hybrid model of in-person and remote work, but the exact number of days will be specific to what works best for individual departments within the company. Some will require employees to attend in-person, he said, while others won’t.

“It’s new for Zwift and for everyone, so we’re embracing the change and will adjust and refine practices until we find what works best for us,” Readman said.

Zwift will require employees to be vaccinated in order to return to working in-person. And employees will need to book a desk 24 hours in advance and have their temperature checked before entering.

Though many Zwift employees will be able to come back to the office, Readman said the company made several remote hires during the pandemic, and those staffers will not be asked to relocate for in-person work.

“We were able to hire people in remote locations during the pandemic which has widened the talent pool for us, which we’ll continue to do for some roles in the future,” Readman said.

AuditBoard Inc., a software company that employs nearly 300 people in El Segundo and Cerritos, has opened its office in an optional capacity, allowing employees to go in if they prefer, said Adrine Semerjian, head of people for the company.

The company requires employees to be vaccinated against Covid-19 to work in person, as well as daily health pledges and strict mask wearing in the office.

AuditBoard is looking to move to a hybrid model in the next four to six weeks, but the company is currently getting feedback from employees on how many days a week they prefer to work in the office, Semerjian said.

“We all know that the future of work has evolved, and the expectations are just different now,” Semerjian said. “We’ve exercised the right level of freedom and flexibility for our people, but now we’re really looking at utilizing the workspace as a place where we can continue to build on our culture and get to know each other.”

GumGum Inc., an advertising technology company based in Santa Monica, is holding off on bringing employees back to its offices until the middle of 2022, said Kelly Battelle, chief people officer for the company.

The company has 109 employees locally and 210 total. GumGum is planning an optional and hybrid model of in-person work, but will be a “remote first” workplace, Battelle said.

GumGum came to this decision through extensive employee surveys, she said, which found that staff members miss in-person interaction but don’t want to lose the flexibility they’ve gained through remote work.

“You can’t put the genie back in the bottle,” she said. “People have really adapted their lifestyles to work from home.”

Though the company is still planning its safety protocols for in-person work, several GumGum staff members have said they prefer employees be required to be vaccinated against Covid-19 to return to the office. But the company has not yet decided whether that will be the case, Battelle said.