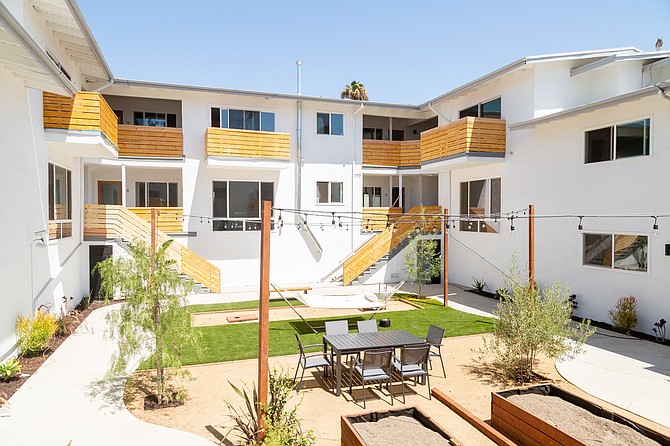 According to BJ Turner of Dunleer, which owns multifamily properties, the eviction process can cost “tens of thousands of dollars.”

With California’s eviction moratorium set to expire at the end of the month, will Los Angeles property owners begin booting tenants en masse who haven’t been paying rent?

The answer, landlords and market experts agree, is no.

For starters, many expect the moratorium to be extended into September or even to the end of the year.

But if it’s not, landlords have a lot of incentive to work with tenants beyond just wanting to be good Samaritans. It makes financial sense to retain tenants right now as the rental market has slowed, and evictions are costly and time consuming.

Under regulations set to expire June 30, it’s illegal for landlords to evict tenants who are unable to pay rent due to “financial distress” caused by Covid-19, including loss of income and increased childcare costs. It also protects against “no cause” evictions.
In May 2020, UCLA released a report that found that 365,000 renters could face eviction if the moratorium were lifted. The number was later revised down, according to Los Angeles Magazine, to 295,147.

But landlords say the eviction moratorium has been bad for business as some tenants are choosing not to pay even if they can afford to cut the checks.

“The tenant groups love saying there will be an avalanche of evictions. … Tenants that have been in communication with their landlords … are going to have no problem, and landlords want to work with those types of tenants,” said Daniel Yukelson, executive director of the Apartment Association of Greater Los Angeles and an apartment building owner. “But there’s been a lot of renters who have not communicated with their owners or made any attempts to make payments whatsoever.”

‘Gaming the system’
Henry Manoucheri, chairman and chief executive of Century City-based Universe Holdings Development Co., said he’s frustrated with tenants who, in his view, have abused the moratorium for the last 15 months.

“They are not paying rent on purpose because they don’t have to,” Manoucheri said. “We see them buying brand new cars, a Mercedes or a BMW, and we know these people are gaming the system. Unfortunately, that has been going on.”

He said other tenants have subleased their units without informing the company.
Last year, Universe Holdings launched a Covid task force to help with rent collections, which have been at about 90%. The task force contacts people who are behind on rent, works on payment plans and, in some cases, buys out rent-controlled units.
Still, Manoucheri has reached the point where he’s started looking at more assets outside the state, citing the moratorium as one of the reasons doing business in California has gotten more difficult.

Mark Weinstein, founder and president of Santa Monica-based MJW Investments, said landlords “want to work with tenants that are forthright.”

But the way the law is written, he added, “you can be fully employed, doing really great and not pay your rent for a year and a half.”

“The landlords are really upset about that,” Weinstein said.

The law does stipulate that tenants must pay some of the missed rent by June 30. If payments were missed from Sept. 1 to June 30, tenants are required to pay at least 25% of what they owe from that period. And starting July 1, landlords are allowed to take tenants to small claims courts to recover unpaid rent debt.

“There’s maybe a handful of people that are basically ghosting us and not wanting to apply (for state financial assistance), and maybe for those we would start serving some notices, but we are not just going in and serving notices,” she said, referring to Senate Bill 91.

Weinstein said landlords also have not been given some of the money allocated by the government yet under SB91, furthering frustrations.

“I think landlords would be much more relaxed if they actually got the money they are supposed to be getting,” Weinstein said.

Still, he said MJW Investments has no plans to start mass evictions.

“We are not going to evict anyone who is trying to work with us,” Weinstein said.
Manoucheri agreed.

He said Universe Holdings will continue to work with people who have kept them in the loop by working on payment plans and buying out some tenants.

During the pandemic, the company has created “hundreds of payment plans” and has bought some people out of their building and suggested others apply for programs to help them with money.

And Manoucheri is starting to notice that, in anticipation of the mortarium expiring, tenants have already started to move out or resume payments.

“More have come forward to make some kind of a payment,” he said.

Almquist also said that an end to the eviction moratorium would not mean an end to Decron Capital working with its tenants who can’t pay rent.

Over the past year, the company has worked with many tenants on payment plans and helped many apply for rental assistance programs under SB91.

Some landlords and experts say there won’t be a lot of evictions because of the cost of evictions, lack of demand by new renters and a slow court process.

BJ Turner, founder of Beverly Hills-based Dunleer, said he didn’t believe an end to the eviction moratorium would have a huge impact.

“You still need to have demand, and demand has started to creep back in, but it hasn’t rushed back,” he said. “You still have to fill your apartments. If a landlord is going to evict someone, they have to be able to fill that spot.”

The occupancy rate for multifamily buildings in Los Angeles County is at about 83% right now, compared with nearly 92% in the first quarter of 2020, according to data from CoStar Group Inc.

And CoStar data shows that after years of rising rates, rents are similar to where they were pre-pandemic.

In addition, evictions can be expensive, due to attorney fees and court costs.
Landlords would also have to fix up and lease the unit. Turner estimated that the whole process can cost “tens of thousands of dollars.”

Weinstein said that another factor is how long evictions take, especially right now when the courts “are so clogged up that I don’t see it happening fast.”

He said it takes months for evictions to happen.

“There’s such a backlog now in the court system that getting a day in court will be nearly impossible, and tenants may move on and then it becomes a consumer issue,” Yukelson agreed.

Weinstein added that property owners with federally backed mortgages given any kind of forbearance are not allowed to evict tenants.

Manoucheri said he has seen demand come back for his units as the economy starts to open up, as have other landlords, though for some leasing is a bit slower than it was pre-pandemic.

“Preleasing is a little delayed, but it’s gone well on the student housing side. A lot of people stay in school when the economy is uncertain. Student housing is recession resilient,” Weinstein said. MJW Investments has a substantial student housing portfolio.

Almquist has seen leasing pick up in May and June. She added that many tours are also happening, although some potential tenants are just shopping right now, and lots of landlords are offering move-in specials.

“We’re attracting some good business at this point and expect occupancy to pick up across the board,” she said. “We’re seeing a light at the end of the tunnel with collections