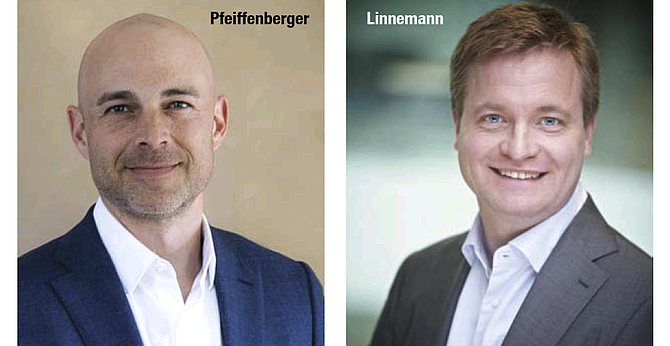 A new immunotherapy biotech company that launched three years ago in Europe with backing from local biotech magnate Arie Belldegrun has set up its U.S. headquarters in Belldegrun’s former haunt, the old Kite Pharma building in Santa Monica.

Amsterdam-based Neogene Therapeutics Inc., which was founded in 2018, announced May 24 that it has leased 38,000 square feet of space in two buildings in Santa Monica.

The company has 20 local employees and a new executive, Brent Pfeiffenberger, who is tasked with ramping up the company’s U.S. operations.

Neogene Therapeutics is engineering a class of T-cell immunotherapies that target mutated proteins called neo-antigens. Neogene uses DNA sequencing to identify neo-antigens within tumor biopsies. These neo-antigens render tumor cells vulnerable to detection by T-cells, which can then move in to destroy the tumor cells.

This approach delivers a tailored set of T-cell receptor genes for each individual patient — in essence a personalized engineered T-cell therapy to treat a broad range of cancers.

Neogene got its start due in large part to seed money from Two River, one of a group of companies that comprise Bellco Capital, the family office founded by Belldegrun after he sold Kite Pharma to Foster City-based Gilead Sciences Inc. for $11.9 billion in 2017.

Neogene launched in Amsterdam because pioneering T-cell therapy scientist Ton Schumacher was working nearby at the Netherlands Cancer Institute. Schumacher had also been chief scientific officer for Kite Pharma’s European operations before the company was sold to Gilead.

Up through 2020, Neogene was in the research phase, making Amsterdam a logical choice. But in the last six months or so, as the company entered the pre-clinical trial phase of development, Neogene decided to set up a base in the United States, with the Los Angeles area as the main point of entry.

“Southern California — and Santa Monica in particular — has become a leading hub for cell therapy development over the last decade,” Neogene Chief Executive Carsten Linnemann said in an email.

“With a vibrant and unique concentration of expertise in the cell therapy space, it provides a strong base for talent as well as world-class facilities necessary to continue our rapid growth in this highly specialized area of oncology,” he added.

Armed with a $110 million seed funding round that closed in September, Neogene leased 20,000 square feet of space in Kite’s former headquarters building at 2225 Colorado Ave. in Santa Monica. (After the Gilead acquisition, Kite moved its headquarters a couple blocks away to 2400 Broadway.) The company leased another 18,000 square feet of space for manufacturing operations at 1545 17th St.

Neogene has also been staffing up in Santa Monica. According to the email response from Linnemann, the company has about 20 employees there and plans to double that staff by the end of the year.

“We have aggressive growth plans to build a fully integrated cell therapy company from discovery to development,” Linnemann said.

For Belldegrun, having Neogene set up shop in Kite’s old headquarters represents a continuation of what he started when he founded Kite 12 years ago.

“Santa Monica, through the founding of Kite, became one of the birthplaces of cell therapy,” Belldegrun said. “That growth continues as talent migrates to this emerging biotech hub, making (the) Los Angeles (area) one of the most exciting places to be for research of immunotherapies.”